Blockers No one younger than 15 may see a 15 film in a cinema. 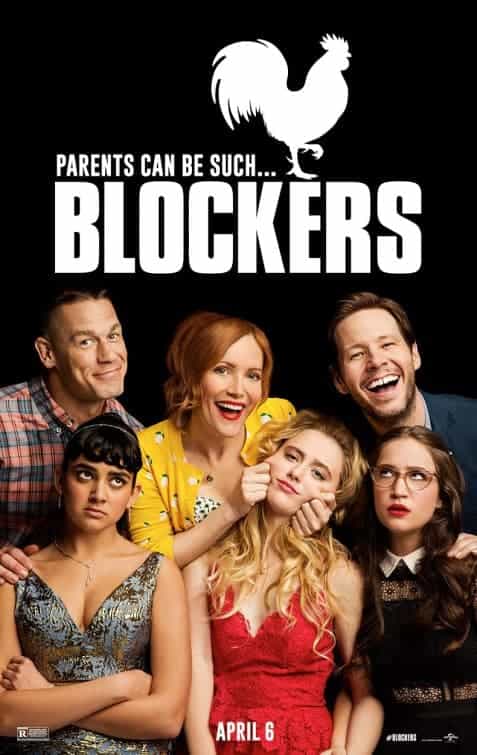 What's your score for 'Blockers'?

Do you have a review or comment for 'Blockers'?

With a very narrow margin the Dwayne Johnson starring Rampage knocks A Quiet Place off the top spot after just one week.

Rampage, loosely based on the video game, takes over at the top with a weekend gross of $34.5 million.

Johnson's star is shining bright at the moment and after the success of Jumanji last Christmas it's no surprise this has become a big hit.

With a very small drop in takings form last weekend A Quiet Place falls to number 2, but with $32.6 million over the weekend it was a close call and the film is very close to a US total gross of $100 million.

FInally in the top 5 is Blockers which takes $10 million for the weekend bringing the films total gross to $36 million.

With the release of a new Steven Spielberg film your expect a new number 1 film, but Peter Rabbit kept the film at bay for a second weekend at the top.

It was a tight race with only half a million in it but Peter Rabbit raking £5.6 million for the weekend to boost its total UK gross to £21.6 million.

Director Steven Spielberg gave us Ready Player One this week which was released to great reviews and public demand but it failed to reach the top on its debut hitting number 2 with £5.1 million.

Also new this week at number 3 is the Wes Anderson directed animation Isle Of Dogs which takes a better than expected £1.6 million over the weekend.

Another new entry in the top 5 has Blockers hitting number 4 with £1.3 million.

Finishing off the top 5 is Black Panther with takes just over a million for the weekend, this brings the film total UK gross to £46 million and it is by far the top film of 2018 so far.

There are still some big film to be released this year but it will take potentially the other Marvel movie Avengers Infinity War to beat this total as I think the likes of Solo A Star Wars Story wont have the legs to beat it.