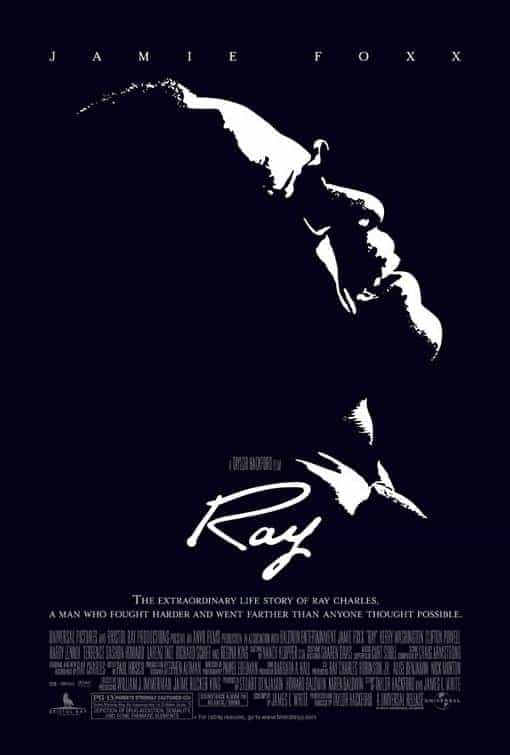 What's your score for 'Ray'?

Do you have a review or comment for 'Ray'?

Director Patty Jenkins has moved the release date of Wonder Woman 1984 to August 14th 2020 because the best way to see the film is on the big screen.

Movie theatres across the world are currently closed because the the COVID-19 pandemic which means that many of the smaller establishments are suffering though no income.

In a heart felt tweet she reiterates how important movie theatres are and the move of release date is so it can help the movie theatre industry once the pandemic os over.

We made Wonder Woman 1984 for the big screen and I believe in the power of cinema. In these terrible times, when theater owners are struggling as so many are, we are excited to re-date our film to August 14th 2020 in a theater near you, and pray for better times for all by then pic.twitter.com/85ykQ8x6NE

Many of the released for MArch and April have been put on hold or to a later date including A Quiet Place Part II, No Time To Die, Black Widow and Mulan to name a few.

There is no time line of when the social restrictions set by global governments will be lifted and when cinemas will be able to open again.

As a result of this the weekend box office results have also been suspended.

With the global coronavirus pandemic stopping much of the world from leaving home to go to a movie theatre Vin Diesels new movie superhero movie makes its debut at number 1 dropping Onward to number 2.

The film got bad reviews from critics and public alike and despite people not venturing out the house to movie theatre it is hard to say if the film would have done much better if they had.

The road ahead does not look good and with Universal and Warner both announcing today the recent box office films are hitting streaming on Friday this could join the list sooner rather than later.

The new Pixar film is also suffering from the fear of the coronavirus and the movie falls to number 2 this week with $17.3 Million from 48 countries.

This brings the movies total gross to $101.6 Million after 2 weeks of release, and despite the good reviews and word of mouth this will end up on the lower end of Pixar movies box office.

The Universal monster movie falls to 3 this week with $12.2 Million from 66 countries for a $122.7 Million total gross after 3 weeks.

This faith based movie is at 4 this week take a very good $9.7 Million from just 6 countries, this means the road ahead could look better than expected.

Also new this week is the new movie from director Craig Zobel which takes $6.02 Million from just 5 countries.

Next weeks box office will be interesting as many countries including Italy, France, Germany, UK and America are either locking down or recommending people stay indoors and many new releases and getting put back to later in the year meaning the box office takings for the next few weeks might not fully reflect what could have been.

The power of the Abbey was too strong for any new comers this week as Downton Abbey stays at the top with Ad Astra entering the box office at number 2.

The TV show brought to the big screen continues its run at the top of the UK box office for a second weekend with a gross of £3.2 Million.

This brings the films total gross in the UK to £13.1 Million.

Making its debut at 2 and the highest new film of the week is the the Brad Pitt starring space drame which takes £2.2 Million.

The film is directed by James Gray and also stars Liv Tyler and with Oscar buzz surrounding the film this could hang around for a while.

The horror sequel falls to number 3 this weekend with a gross of £1.3 Million which puts its total UK gross after 3 weeks of release at £16.1 Million.

This is well below the original movies gross and the film will not reach anywhere near the £32 Million that film took.

Also making its box office debut this weekend is Sylvester Stallone bringing one of his beloved characters to the screen.

The Jennifer Lopez starring movie about a group of stripper falls to number 5 this week with £1.05 Million taking its total UK gross to £3.3 Million after 2 weeks.

Disneys animated remake is the top total grossing film this week with a total UK gross of £74.3 Million after 10 weeks.

The longest run on the box office with 14 weeks since release and a total UK gross of £65.2 Million.

US Box Office Analysis 20 - 22 September 2019: Downton Abbey heads up a trio of new released on the US box office which push IT Chapter Two to number 4

British hit Downton Abbey beats a trio of new releases at the top of the US box office to hit the top spot on its debut leaving IT Chapter Two to fall off the top to number 4 after a couple of weeks at the top.

Taking to top spot on the US box office on its debut weekend of release is the British ITV drama series which has been translated to the big screen.

The TV series was already a big hit in America and the first film hits the top with a weekend gross of a very respectable $31 Million.

Brad Pitt stars as an astronaut who is sent ot look for his presumed dead father in deep space.

The James Gray directed film opens at number 2 with a $19.2 Million debut gross.

Sylvester Stallone brings one of his more famous creations back to the big screen for one last outing which enters the box office at number 3 this week with $19 Million debut.

The horror film starring Pennywise falls from the top after 2 weeks at the top with a weekend gross of $17.2 Million.

This takes the film gross to $179.1 Million after 3 weeks of release, the film will not get close to its predecessors $327 Million total US gross.

Much has been made of this Jennifer Lopez starring movie, with word of possible Oscar glory come next February, but the film falls to number 5 this week with a $17 Million take.

This puts the films total gross at $62.5 Million after 2 weeks of release.

Disneys animated feature remake is at number 6 this week and has the longest run on this weeks US box office at 10 weeks, the film has made an incredible $537.5 Million so far.

Sci-Fi drama Ad Astra makes its global debut at the top of the box office while Downton Abbey also does well as it expands it terretory count while IT Chapter Two drops to third place.

Making its global box office debut at the top is this deep space exploration movie starring Brad Pitt which takes $45.2 Million over the weekend from 45 countries.

It is a fantastic debut for the James Gray movie and with Oscar being mentioned in the same breath as the movie it could see itself last the rest of the year on the box office.

The British aristocrats movie adds more location to its tally and climbs to number 2 on the global box office on its second weekend of release with $41 Million from 33 countries.

The Pennywise sequel falls to number 3 this weekend with a gross of $38.5 Million from 79 countries which pushes the films total to $385 Million after 3 weeks of release.

The film will fall far short of the originals $700 Million total global gross.

Sylvester Stallone brings one of his most iconic characters to the big screen for one last time and despite a critical panning the film has still entered the box office at number 4 with $28.1 Million from 34 countries.

The Jennifer Lopez starring movie is not only getting critical praise but also getting Oscar mentions for its star as the film falls to number 5 on its second weekend of release with a gross of $20 Million from 19 countries.

This pushes the film total global gross to $73.2 Million.