As predicted with the surge in COVID-19 cases in the US, the big movie of the holiday season, Wonder Woman 1984, will debut on steaming and cinema on the same day.

The Patty Jenkins directed movie will get the duel release in the US with no word yet on if the Boxing Day release in the UK is changing or a streaming option will be in place as well. 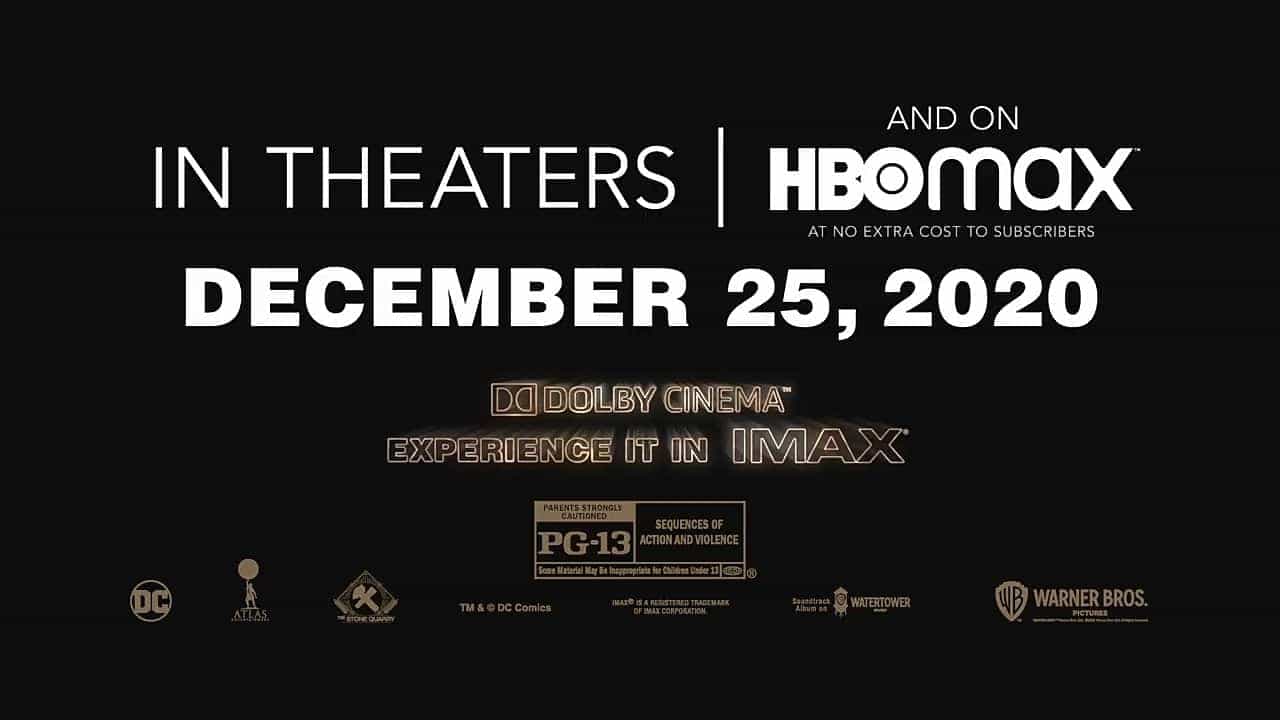 The movie has been changed from earlier in 2020 to later in 2020 a couple of time finally settling for a Christmas release.

With COVID-19 cases on the increase in the US and the UK on a lockdown until early December Warner Bros. have decided to dual release it.

With a vaccine almost imminent this could be perhaps the last big film to get this type of release, altohugh with Universal seemingly a fan of short release windows who know, but thats a story for another day.

Can we say cinemas as we know and love it has died yet?

**UPDATE** It looks like the UK release has been brought forward and will be released in cinemas on December 16th.

For the first time ever, #WonderWoman1984 will release in theaters and stream exclusively on @HBOmax* on December 25.

*Available on HBO Max in the US only at no extra cost to subscribers. pic.twitter.com/bU1Lmg5YDA

Due to restriction enforcement in England set by the Government due to large increases in COVID-19 cases cinemas in the UK will be closing their doors for the second time in 2020 from November 5th.

The restrictions, at the moment, are to be set in place until 2nd December, but there is every possibility that when it comes to public places like shops, bars and yes cinemas, it will take a bit longer to open up.

This means that there will likely be no box office to report in the coming weeks, and the reopening which could take a couple of weeks, will be slow with very few blockbuster film released.

Which films is this going to effect? It has been mainly small indie film which have enjoyed the exposure over the last couple of months, and in the coming week there were no sizeable film scheduled.

Ryan Reynolds next movie Free Guy is coming on 11th December, things may have re-opened by a week by then but this could be sent to 2021, also there is every possibility that it could see a digital release

On the 18th of December there is Death On The Nile from Kenneth Branagh, which may see a schedule change and just as easily it could go direct to streaming.

Coming 2 America has been sold to Amazon Prime and will make its debut on that platform around the same time frame.

Wonder Woman 1984 is the next big blockbuster due for release and there is every possibility that this will be pushed to spring 2021 , altohugh if this happens then there will be another round of schedule changes as we have Raya And The Last Dragon, Morbius and the much delayed No Time To Die all set around to debut around Spring.

Its yet another blow for the cinema industry and with many major companies already struggling how many closures can cinemas handle before going down.

Streaming is not the way most people want to see big blockbusters, but we also want to feel safe when we go out to enjoy a new movie, time will tell but lets hope this closure controls the virus and cinemas make the necessary safety measures so we can enjoy what could be a blockbuster packed 2021.

Disappointed to confirm that @Cinema_UK members in England - who like cinemas across the UK have done so much to deliver a safe and enjoyable big screen experience - will now be required to close from Thursday 5 November to Wednesday 2 December. #LoveCinema

Sony have announced that the release date of Ghostbusters: Afterlife is moving to June 11th 2021, in other schedule change news Candyman is now set for am August 27th 2021 release.

There will be a time when a movies release date wont change, other than the odd film here and there, but the world needs to control the COVID-19 pandemic first so cinemas can open safely for their customers.

The change for the next Ghostbusters film is not too bad only shifting by a couple of months unlike many recent changes which have moved anything from 12 - 19 months.

For Candyman at least when the removed it from its previous October opening they didn't set a new date so the new August 27th release is news.

There is a suspicion that there will be more changes to come, Wonder Woman 1984 currently set for 25th/26th December 2020 a likely candidate, so keep with 25thframe.co.uk for up to the minute news.

After Warner Bros. announced earlier Monday that Dune was moving from December 2020 to 1st October 2021, the same day as The Batman, it was only a matter of time until they moved the Robert Pattinson starring movie.

The movies production has been hit quite hard with COVID-19 including star Pattinson coming down with the virus.

Also on the move is The Martrix 4 which is yet to get a full title, the movie starring Keanu Reeves is now set for Christmas 2021 while further down the line The Flash is set for November 2022 and Shazam 2 moves to June 2023!

No doubt more changes are to come, Warner Bros. still have Wonder Woman 1984 set for Christmas 2020, what are the odds for that changing?