Collateral No one younger than 15 may see a 15 film in a cinema. 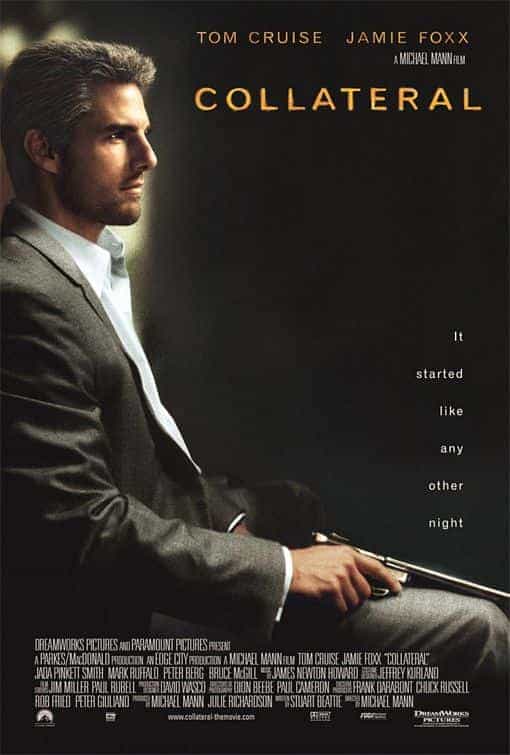 What's your score for 'Collateral'?

Do you have a review or comment for 'Collateral'?

There is no other film to talk about this weekend other than Rogue One: A Star Wars Story which without any problem becomes the top film of the week.

A massive opening weekend of $155 million for Rogue One was good, its not the highest of the year and not as high as Star Wars Episode VII: The Force Awakens from last year, but this is new territory for the Star Wars franchise.

Despite what way you look at it Rogue One has a good start, and like Fantastic Beasts And Where To Find Them from earlier in the year it shows that these worlds can survive beyond the core story.

Moana fell into the runner up spot this week with $11 million, it gives Disney the top 2 films in the US, not bad, and brings Moana's total to $161.8 million.

Collateral Beauty, new from Will Smith, also opening in the top 10, at 4, with a $7 million debut weekend.

Longest running film and highest grossing for again this week is Doctor Strange at 9 with $226 million after 7 weeks.

At the UK box office this week there is a first for UK cinema, the single day screening of Billy Elliot the musical, screened live at cinemas across the country tops the box office.

Event cinema has become bigger and bigger in the UK over the last couple of years, Back to the Future this August was massive and Doctor Who has had a couple, none so far have come close to Billy Elliot's £1.9 million gross.

Surprisingly it beats into second place the much anticipated The Equalizer starring Denzel Washington, it was a close race but the 80's TV show remake's gross of £1.89 million was just shy of the number 1 film.

This time last year Prisoners took over at the top from Ron Howard's Rush which went back to number 2 after a single week at the top.

Five years ago the remake of 70's classic Fame hit the box office summit on it's debut week knocking Cloudy with a Chance of Meatballs after a week at the top.

Ten years ago it was all change at the top end of the box office with Wimbledon taking the number 1 spot knocking Collateral down to 3.

Fifteen years ago The Haunting made it's debut at the top while Eyes Wide Shut fell to the 3rd positon after a couple of weeks at the top.

UK box office analysis 19th September: The Boxtrolls stay top ahead of Tombstones by the narrowest of margins

Last weekend The Boxtrolls managed to keep a very slender lead ahead of Liam Neeson in a tightly fought battle for the top.

The Boxtrolls makes it 2 weeks at the top, this week with no advanced screenings, but it still manages to retain a £1.33 million weekend and £3.6 million from 10 days of release.

Highest new entry for the week is A Walk Among the Tombstones starring Liam Neeson reprising a role for which he seems to have found a nice since his starring in Taken.

Tombstones narrowly missed out the the top spot by about £15 million, taking £1.31 for the weekend, with The Equaliser being released on Friday it will likely not get it's day at the top.

Also new this week are

This time last year Ron Howard's Rush was still topping the box office with the highest new film right down at 5 in the shape of Diana.

Five years ago Cloudy With a Chance of Meatballs was the new film at the top knocking District 9 down to second place.

Ten years ago Tom Cruise went serious in Collateral knocking Open Water down to second after a single week on top.

Fifteen years ago The Generals Daughter entered in second place while Eyes Wide Shut stayed at the top for a second week.