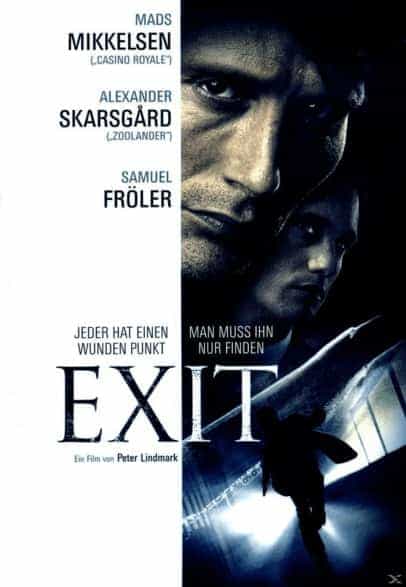 Do you have a review or comment for 'Exit'?

We are all taking a deep breath as this weekend approaches but until then Fantastic Beasts and Where To Find Them makes its fourth weekend at the top while top new film is Office Christmas Part which debuts at number 4.

Warner Bros. clearly released this new entry into the Wizarding World at the right time as the film adds another £2.7 million (£4.4 million across the week) to its total which now sits at £42.3 million.

Highest new film of the week if bromance comedy Office Christmas Party, it enters at number 4 with a debut gross of £1.2 million.

The film is a Christmas based movie and as such I suspect it will make a swift exit from the box office one the festive season is over.

Highest total grossing film on the chart this week is Fantastic beasts and the longest running film is Trolls which has now been around for 8 weeks.

It will be interesting to watch what happens over next week with the new entry in Star Wars, last years Star Wars Episode VII: The Force Awakens had a £34 million debut weekend, with the reviews so far for Rogue One: A Star Wars Story are we looking at even better? Historical box office

A year ago
The Hunger Games: Mockingjay Part 2 had its 4th weekend at the top and with the world waiting or the first Star Wars film in over a decade there were no new film inside the top 15, Peggy Guggenheim Art Addict was the top new film at number 25!

Five years ago
Puss in Boots starring Antonio Banderas was the top new film at number one, it knocked Arthur Christmas to number 2 after 4 weeks at the top.

Ten years ago
George Miller directed Happy Feet which was the top new film at number 1, it knocked off Casino Royale which fell to number 3 after 3 weeks at the top.

Fifteen years ago
Harry Potter and The Philosophers Stone remained at the top for a fourth weekend while the top new film was The 51st State starring Samuel L. Jackson at number 2.

Twenty years ago
Arnold Schwarzenegger was all festive in Jingle All The Way which made its debut at the top of the UK box office, its knocked The Long Kiss Goodnight down to number 2 after a single week at the top.

Twenty five years ago
Point Break made it 3 weeks at the top and with a quiet week for new releases there was nothing new on the top 10.

This week 2 sequels battled it out for the top spot, but despite already having a week on release Finding Dory beats Independence Day Resurgence with ease. Finding Dory, from Pixar and Disney, very easily makes it a second weekend at the top of the US box office with $73 million weekend gross.

The film has now takes $286 million in the US during its first 10 days of release and with the summer now in full swing the film could have great staying power.

20 years after the original film hit cinemas in 1996 Independence Day Resurgence gets a release, but rather than the first film being a massive hit this limps into second place with $41 million.

Independence Day took $50 million on its opening weekend so not only is this film $10 million lower but there is 20 years of inflation to take into consideration.

The summer might not be kind for this sequel and with bad reviews it could have a speedy exit in the coming weeks.

Also new this weekend in America are: The Shallows at number 4 and Free State of Jones at number 5.