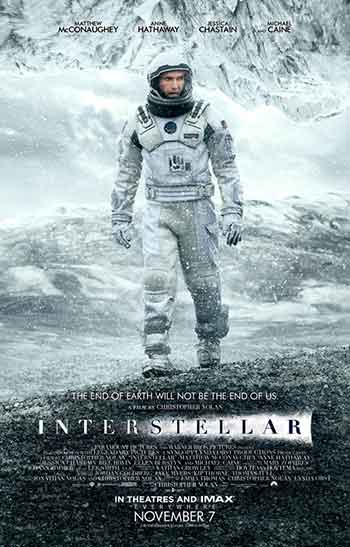 Do you have a review or comment for 'Interstellar'?

US Box Office Weekend 28th July 2017: Dunkirk remains at the top stopping Emoji which debuts at 2

After a strong debut last weekend the Christopher Nolan war epic Dunkirk remains at the top despite a strong showing from The Emoji Movie.

A weekend gross of $26 million was enough to secure a second weekend on top for Dunkirk with a 44% drop in weekend grosses.

This brings the total gross after 10 days to $102 million, another hit for Nolan after the Batman trilogy, Interstellar and Inception.

A strong debut for The Emoji Movie has brought the film into the box office at number 2, it narrowly missed out on the top spot with a $25.6 million debut.

Animated features do well these days from the likes of Disney and Dreamworks and with kids using Emojis on a daily bases and the kids holidays coming to an end, so parents treat the kids this could have a way to go.

Also new this week is Atomic Blonde, the R rated movie makes its debut at 4 with $18.5 million.

Wonder Woman is once again the longest running film and the highest total grossing with 9 weeks on the chart and $396.4 million in grosses.

Last weekend on the UK box office the latest Bond film Spectre was far too strong during its second week of release to be knocked from the top.

Still pulling in the audiences during its second weekend Spectre scores £13 million which brings its total UK gross after 2 weekends of release to £64 million.

The film is still on track with the previous Bond movie Skyfall and could potentially give the film a run for its money as the top grossing UK film ever, despite less favourable reviews.

Although by Sunday Spectre has not quite become the top UK film of 2015 by Monday night it will have out grossed Jurassic World.

Highest new film of the week is the low budget Brooklyn which enters the UK box office at number 3 with a debut gross of &pound1.04 million.

Top total grossing film on the box office, after just 2 weeks of play, is Spectre.

A year ago
This time last year Christopher Nolan's Interstellar hit the top spot on its debut week of release knocking Teenage Mutant Ninja Turtles down to number 3.

Five years ago
Due Date hot the top of the box office on its first week of release while the previous number 1, Saw 3D, fell to number 4.

Ten year ago
Nanny Mcphee went up to the top of the box office on its 3rd week of release knocking Wallace & Gromit: The Curse of The Were-Rabbit from the top.

Fifteen years ago
What Lies Beneath spent another week at the top while the highest new film was right down at number 8 in the shape of Purely Belter.

Twenty years ago
Crimson Tide made its debut at the top of the box office knocking To Die For down to number 5.

Twenty five years ago
Ghost remained at the top of the box office leaving the highest new film, Young Guns II, to enter at number 2.

Christopher Nolan took a risk with his 3 hour space epic Interstellar starring Matthew McConaughey, but the gamble paid off and this week it hits the video top spot.

Released at cinemas on 7th November 2015 the film took £5.3 million on it's opening weekend debuting at the top of the box office in the process.

A 7 week chart run on the UK box office ended on 19th December and during that time it grossed £20.06 million making it the 178th highest grossing film ever in the UK.

The film also did well across the world, in the US it took $188 million while it's world gross stands at $665 making it the 75th highest grossing film ever.

Other new film on the Uk video chart this week are: Penguins of Madagascar at 3 and Horrible Bosses 2 at 6.

There was never going to another outcome at the US box office this week as the third in The Hunger Games series goes direct to the top of the box office.

As is usual with big blockbusters, The Hunger Games: Mockingjay Part 1 out grosses the rest of the box office by quite some margin with it's $123 million opening weekend.

Despite the huge gross on it's debut weekend this is lower than the previous Huger Games outing which opened with $158 million.

last weeks top film, Dumb and Dumber To, as expected falls quite heavily to number 4 with Big Hero 6 and Interstellar still doing well at 2 and 3 respectively.

Another week where there is a highly fought battle for the top, albeit not at tight as last week, where Interstellar battles with Disney's Big Hero 6.

In the end the winner is Big Hero 6 which takes $56.2 million for the weekend, small in comparison to Frozen which was Disney's last film, but still good and the film has had good reviews.

Coming into second place is the Christopher Nolan film, his first since his outing with the Batman franchise, which takes $50 million for the weekend.

Going down to fourth this week is Ouija, the hangover fro the Halloween weekend keeping it going, but it will most probably sink next week.

Check out the full US top 12