Supersonic No one younger than 15 may see a 15 film in a cinema. 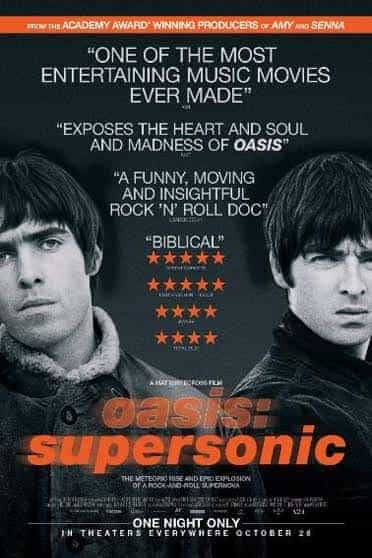 What's your score for 'Supersonic'?

Do you have a review or comment for 'Supersonic'?

There have been many film adaptation of Edgar Rice Burroughs creation Tarzan and this week the latest version enters at the top of the home video chart in the UK.

This version was released in cinemas on 8th July 2016 where it entered at number 2, beaten by The Secret Life of Pets on its 3rd week at the top.

The Legend of Tarzan took £3.5 million on its opening weekend and spent 5 weeks on the UK top 15, it then spent another 7 weeks in Uk cinemas before disappearing.

During that time it took a non too shabby £9.2 million, also the film didn't do too bad on the global stage taking £356.6 million.

Last weeks top film, Teenage Mutant Ninja Turtles Out of The Shadows, falls quite hard down to number 5 this week after a single week at the top.

Also making its debut on the chart this week is: Supersonic at number 2 and Central Intelligence at number 3.

Also making a re-entry at number 4 thanks to a new version of the Blu-ray is Star Wars Episode VII: The Force Awakens.