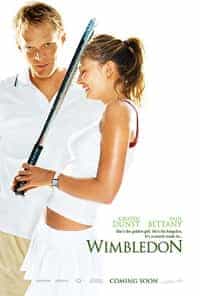 What's your score for 'Wimbledon'?

Do you have a review or comment for 'Wimbledon'?

There was little doubt over what would be the top film this weekend at the UK box office, and with ease the David Fincher directed Gone Girl starring Ben Affleck debuts at the top.

It's weekend take of £4.1 million Gone Girl makes a very impressive October debut. It has a long way to go for it to be Ben Affleck's top grossing film which is currently Shakespeare in Love from 1999.

Director David Fincher also has an impressive box office record, his best film to date being 1995's Seven, his second film, and considered a classic.

Coming in quite respectably in second is Dracula Untold which debuts at number 2 with £1.7 million.

Last weeks top film was an event movie for one day only but it had some 'encore' screenings which means it has gone on and made £114,000 this week but, as expected, tumbles down the chart.

1 year ago
Prisoners stayed at the top of the box office for a second week while the top new film was Filth at two.

5 years ago
The Fame remake stayed at the top for a second week leaving the highest new film to enter at two, The Invention of Lying.

10 years ago
Tennis film Wimbledon kept hold of the top spot leaving Layer Cake to debut in the runner up spot.

15 years ago
Adam Sandler starred in the highest new film of the week, debuting at one with Big Daddy, The Haunting fell to number two after a week at the top.

20 years ago
October 1994 saw the dominance of The Lion King keep it at the top film of the month while Pulp Fiction and Frankenstein debuted strong in the top 5.

25 years ago
The big film of October 1989 was Back to the Future Part II which was the top grossing movie, Septembers top film Shirley Valentine was still doing well.

At the UK box office this week there is a first for UK cinema, the single day screening of Billy Elliot the musical, screened live at cinemas across the country tops the box office.

Event cinema has become bigger and bigger in the UK over the last couple of years, Back to the Future this August was massive and Doctor Who has had a couple, none so far have come close to Billy Elliot's £1.9 million gross.

Surprisingly it beats into second place the much anticipated The Equalizer starring Denzel Washington, it was a close race but the 80's TV show remake's gross of £1.89 million was just shy of the number 1 film.

This time last year Prisoners took over at the top from Ron Howard's Rush which went back to number 2 after a single week at the top.

Five years ago the remake of 70's classic Fame hit the box office summit on it's debut week knocking Cloudy with a Chance of Meatballs after a week at the top.

Ten years ago it was all change at the top end of the box office with Wimbledon taking the number 1 spot knocking Collateral down to 3.

Fifteen years ago The Haunting made it's debut at the top while Eyes Wide Shut fell to the 3rd positon after a couple of weeks at the top.