Zombieland: Double Tap No one younger than 15 may see a 15 film in a cinema.

Do you have a review or comment for 'Zombieland: Double Tap'?

**UPDATED** US Box Office Analysis 25 - 27 October 2019: Maleficent 2 spends a second weekend at the top denying Joker a return while Countdown is the top new film at four

After being knocked off the top of the box office last weekend by Angelina Jolie, Joker jumps back to the top with a very narrow margin while sock horror film Countdown is the top new film.

A very interesting week on the US box office with 2 very close races, first the fight for the top, the original figures showed Joker going reclaiming number 1, but when the final figures came in not only were they higher than originally though but Maleficent: Mistress Of Evil had retained the top spot.

Also we have the other end of the top 5 where new entry Countdown was originally reported as coming in at 5 below Zombieland: Double Tap, but when the final figures were released, it was close, but the films flipped positions.

Disneys Angelina Jolie starring movie retains the top spot for a second weekend with a gross of $19.3 Million, it is only $120k above the weekend gross of Joker.

The film total gross after 2 weeks of release is $66.2 Million which is perhaps a little disappointing for Disney after the marketing they put into the movie.

The DC villain movie starring Joaquin Phoenix takes $19.2 Million and remains in the runner up spot for a second weekend.

The movie only narrowly was beat by the Maleficent sequel to return to the top and in early figures was the top film of the weekend.

The movie has now taken a US total of $277.9 Million after 4 weeks and is the highest grossing R rated movie.

The film is also the top total grossing movie on this weeks top 10 charts.

As we enter Halloween week the Kookie family is at number 3 this week with $11.7 Million and has a total gross of $72.8 Million after 3 weeks. 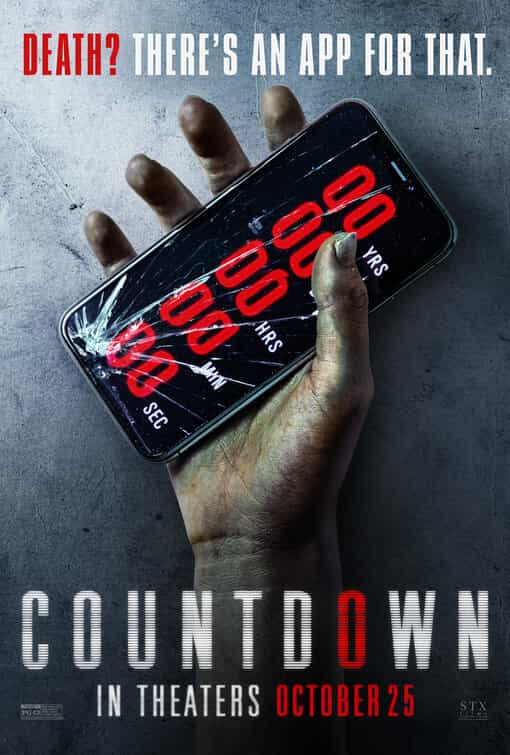 Highest new film of the week land down at number 4 with this shock horror movie which manages $8.8 Million on its debut weekend.

With Halloween this coming weekend the film MAY get a little boost but this movie will probably move to streaming in the coming weeks.

Another sequel which is perhaps performing a bit below expectation as the Zombieland sequel takes $8.7 Million and sits at number 5 this weekend.

This takes the films total gross to $44.1 Million after 2 weeks of release.

Directed by Derek Tsang the tale of love and murder makes its way to the top with a debut weekend of $85.3 Million.

The film has been well received and as it opens in more territories it should hang around for a while.

The Disney sequel falls from the top to number 3 this week with a global weekend take of $82.8 Million from 57 countries.

This put the films global gross at $293.5 Million after 2 weeks of release with $300 Million in its sights before next weekend.

This puts the films total gross at an amazing $849 Million after 4 weeks, just shy of $850 Million, but the film must have $1 Billion in its sights.

Were nearly at Halloween so the spooky Kooky family are preparing themselves for a (possible) just up the box office, in the mean time they sit at number 4 this week with $22.2 Million from 19 countries for a $84 Million total after 3 weeks.

The Zombieland sequel falls to 5 this week with $12.8 Million from 41 countries for a $63.6 Million total after 2 weeks.

Worthy of note this week is the new entry of the next terminator film which makes its debut at number 7 with $16.7 Million altohugh it has only been released in 10 countries with most others in the coming weeks.

Directed by Joachim Rřnning the sequel to the 2014 movie Maleficent makes its debut at the top, but whereas the first movie took a very respectable $70 Million on its release this movie takes $36 Million.