25thframe.co.uk > Biography | Drama > A Beautiful Day In The Neighborhood

A Beautiful Day In The Neighborhood General viewing, but some scenes may be unsuitable for young children. A PG film should not unsettle a child aged around eight or older. Unaccompanied children of any age may watch, but parents are advised to consider whether the content may upset younger, or more sensitive, children.

What's your score for 'A Beautiful Day In The Neighborhood'? 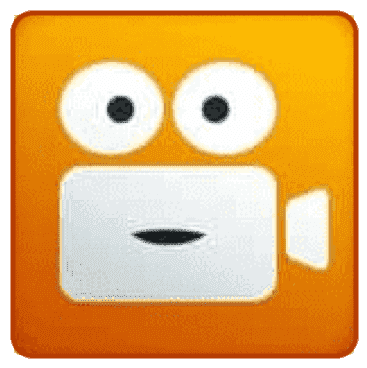 I didnt grow up with Mr Rogers so did not identify with the character, still found it moving a clever.

Do you have a review or comment for 'A Beautiful Day In The Neighborhood'?

With no big new film released over the weekend 1917 remains at the top of the box office for a fourth consecutive weekend while the indie movie Queen And Slim is the top new film of the week at numer 7 where it heads up a quad of new releases.

Te award winning film from Sam Mendes remains at the top of the Uk box office this week with a gross of £2.8 Million which is a drop of only 38%.

Considering the films length at the top of the box office this is an incredible hold, and is the film biggest week on week drop so far.

The film, which may get another boost after the Oscar Weekend on the 9th February, has taken £31.4 Million after 4 weeks of release.

Will Smith and Martin Lawrence has hit the top of the box office in many other countries, but in the UK it has been kept at number 4 now for 3 weeks, this weekend it took £1.8 Million.

This puts the film total gross in the UK at £11.3 Million after 3 weeks which by far makes it the top grossing film in the series.

Remaining at number 3 this week is the Dev Patel starring movie which takes £1. 03 Million giving the film a total gross of £3.7 Million after its second weekend of release.

Greta Gerwig retelling of the Louisa May Alcott novel is at number 4 this weekend with £659,344 which gives the film a total UK gross of £19.9 Million after 6 weeks of release.

Guy Ritchies latest movie moves back into the top 5 this weekend with £597,494 which gives the film a £10 Million total gross after 5 weeks of release.

This Melina Matsoukas directed movie heads up the new releases this week at number 7 with £507,302.

The other new releases are A Beautiful Day In The Neighborhood at number 8, the event cinema showing of Porgy And Bess: Met Opera 2020 at number 9 and The Lighthouse at number 10.

Falling to number 15 this weekend, and perhaps its last weekend on the UK box office the Star Wars sequel has had a bit of a disappointing run but is for this week the top total grossing movie with £57.8 Million.

Disneys other sequel movie on the box office this week is at number 14 and has the longest run on the chart with 11 weeks, it has taken £52.6 Million.

UK box office preview for weekend Friday, 31st January 2020 - A Beautiful Day In The Neighborhood, The Man Who Killed Don Quixote, The Lighthouse, The Rhythm Section, Queen And Slim and Richard Jewell

Last week saw 1917 at the top of the UK box office, can any of this weeks new releases do enough to top the chart this weekend?

First up at cinemas this week is A Beautiful Day In The Neighborhood, a Dramatic movie directed by Marielle Heller who also directed The Diary Of A Teenage Girl in 2015 which grossed £81.2 Thousand in the UK.

The film also stars Matthew Rhys who last appeared in The Report (2019).

The Man Who Killed Don Quixote

Next on this weeks new release schedule is The Man Who Killed Don Quixote.

This new movie stars Adam Driver who's last film was Star Wars: The Rise Of Skywalker (2019)

It also stars Jonathan Pryce who appeared in The Wife (2018).

The film is brought to us by veteran director Terry Gilliam.

Next up this week is The Lighthouse which is directed by Robert Eggers who directed The Witch in 2016.

Also this week there is The Rhythm Section from director Reed Morano who also directed Meadowland in 2015.

The long list of new releases continues with Queen And Slim which is directed by Melina Matsoukas which is a directorial debut.

US Box Office Analysis 6 - 8 December 2019: Frozen II spends a third weekend at the top while there are no new releases on the top 10

With no big new releases this week Disney kept their animated sequel Frozen II at the top of the box office for a third straight week while there were no new releases inside the top 10 films with the top new film coming in right down at number 14!

Disney's sequel movie spends its third weekend at the top of the US box office with a gross of $34.6 Million, this is a 60% drop from last weekend but still good.

The film is on course to beat the first films $400 Million US total and currently has a US gross of $337.5 Million, it is also the highest total grossing movie on the chart this week.

Rian Johnsons much praised murder mystery hold up well on its second weekend of release with a weekend gross of $14.1 Million

The film stays at number 2 and has a total gross of $63.4 Million after 2 weeks of release.

The Matt Damon and Christian Bale starring racing drama is at 3 this week with $6.5 Million to bring its total to $91.1 Million and fast approaching the $100 Million mark.

The Tom Hanks starring movie which is tipped for Oscar glory falls to 5 this week with $5.2 Million for a $43 Milllion total after 3 weeks.

Falling to number 10 this week the villain movie has the longest run this week with a total of 10 weeks on the top 10.

Highest new film of the week comes in at number 14 with $660,000 which is the lowest take ever on the US box office for a movie with a wide release.

Frozen II remained at the top of the US box office this weekend and broke the 5 day Thanksgiving weekend record while Knives Out made its debut at number 2.

The previous record holder was The Hunger Games: Catching Fire which took $110 Million in 2013.

The film has now taken an incredible $287.5 Million after 2 weeks of release.

Rian Johnson brings his first film after Star Wars: The Last Jedi to the bg screen to rave reviews and lands on the box office at number 2 with $27 Million.

The film was released on Thanksgiving Thursday and has after 5 days takes a US total of $41.7 Million.

The racing drama from director James Mangold falls to number 3 this week with $13.2 Million taking its total to $81 Million after 3 weeks.

Tom Hanks Oscar worthy film falls to number 4 this weekend with $11.8 Million taking its total to $34.3 Million after 2 weeks of release.

Finally on the top 5 is this new release from director Melina Matsoukas about a couples first date which goes wrong when pulled over by a cop takes $11.7 Million for a total of $15.8 Million since its Thursday release.

The DC villain movie notches up its 9th week of release and has taken a mammoth $30.6 Million.