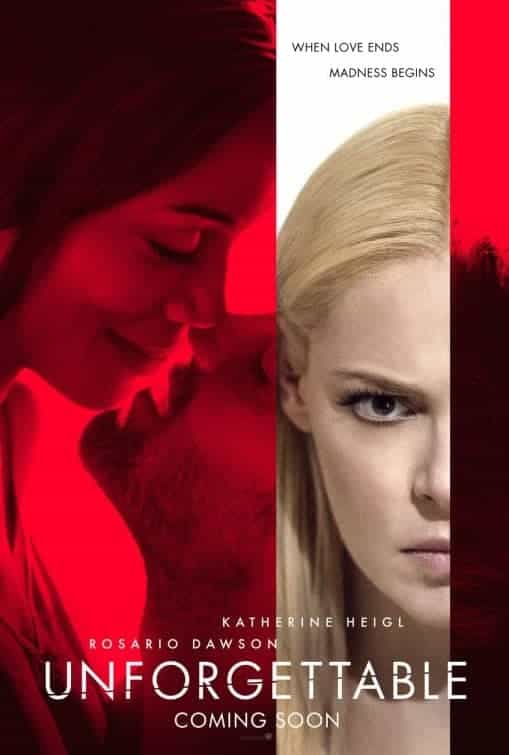 What's your score for 'Unforgettable'?

Do you have a review or comment for 'Unforgettable'?

UK Box Office Weekend 21st April 2017: Fast 8 remains at the top for a second weekend with Their Finest debuting highest

In a week where not a lot has changed on the box office and the top 3 are the same headed up by Fast and Furious 8 the highest new entry is Their Finest at number 4.

Proving that the series is still well and truly alive Fast 8 takes £3.5 million on its second weekend of release, this is below the previous films second weekend.

The action drama is doing great guns in the UK and its total UK gross now sits at £23 million.

Highest new film of the week is Their Finest starring Gemma Arterton which makes its debut at number 4 with £0.8 million.

Also new this week is Unforgettable at number 7 which takes a very low £270,000 debut for star Katherine Heigl.

Longest running film of the week is Get Out which has been on the chart for 6 weeks now and highest total grossing film is Beauty and The Beast which is still at number 3 this week and has taken an incredible £68 million.

A year ago
The Jungle Book kept its hold on the chart for a second weekend while Bastile Day was the top new film at 3.

Five years ago
Battleship retained its grip on the chart and stayed at the top while Salmon Fishing in The Yeman was the top new film at 2.

Ten years ago
Wild Hogs spent a second weekend at the top while Anthony Hopkins starred in Fracture which was new at number 2.

Fifteen years ago
Bend It Like Beckham remained as the top film of the week while Dwayne Johnson starred in The Scorpion King which was the top new film at number 2.

Twenty years ago
Taking over at the top on its debut as Wes Cravens Scream while Star Wars: The Empire Strikes Back fell from the top to 4 in its Special Edition release.

Twenty five years ago
The Hand That Rocks The Cradle was the new film of the week making its debut at the top while Hook fell to number 2.

World Box Office Weekending 23rd April 2017: Fast 8 still at the top as it closes in on 1 billion dollars

Fast and Furious 8 stays at the top of the global box office for a second weekend as it edges closer to the billion dollar mark while the top new film is Unforgettable at number 7.

By next weekend the 8th in the Fast series will have joined number 7 and grossed over a billion while this week the film took $202 million at the global box office from 66 countries.

The films lead country is China where Fast 8 is now the second highest grossing American movie ever after Fast 7, the films total gross now sits at $908 million after 10 days of release .

The Boss Baby is still at number 2 this weekend with $42 million from 79 countries while Beauty and the Beast is still pulling in the punters after 6 weeks and this week pushes its total global gross to $1.1 billion with a $32 million weekend from 51 countries.

The highest new global film this week is Unforgettable which enters at number 7 with $6.5 million from its 17 countries.

US Box Office Weekend 21st April 2017: Nothing can beat Fast and Furious at the top, Born in China from Disney is top new film

With a massive opening last weekend no studio was going to try and compete with The Fate of the Furious for a couple of week and hence the film stays at the top for a second weekend.

Dropping a considerable 60% from last week the Fast and Furious 8 (to give it the UK name) takes $38 million on its second weekend of release.

This brings the films total to a fantastic $163.6 million in the US and it keeps it on tract to s very similar gross to the previous films.

Highest new film of the week is Disney’s wild life documentary Born in Chine, about pandas, which is released to coincide with the global Earth Day celebration.

The House of Mouse has released similar wildlife documentaries each year around this time for the last few years and this years entry takes just over $5 million on its opening.

Also new this week is Unforgettable at number 7 with $4.8 million and The promise which debuts at number 9 with $4 million.

Beauty and the Beast is once again the top total grossing movie this week with $472 million and with 6 weeks on the chart is also the longest running film.