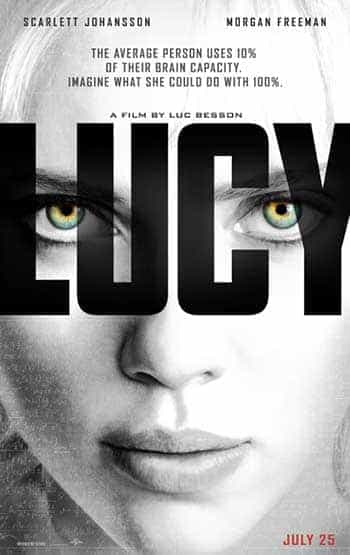 The UK movie goer this week kept Lucy starring Scarlett Johansson in the top position with a number of weaker new releases in the market.

The Luc Besson directed film took just under £2 million during it's second weekend of release and now sits with a total gross of £8 million.

Highest new entry of the week is the buddy cop comedy Lets Be Cops starring Damon Wayans Jr., as you'd expect from a film of this kind it's a slap stick comedy.

Lets Be Cops takes £1.6 million for the weekend, but I suspect it may sink and disappear from the box office quickly.

A year ago this week One Direction This is Us took the top slot on it's debut weekend of release pushing Elysium to 2.

Five years ago The Final Destination took the top of the box office on it's first weekend taking over from Inglourious Basterds.

Ten years ago Dodgeball entered the chart at the top and knocked The Village down to 2 after it's single week at the top.

Fifteen years ago Star Wars Episode I: The Phantom Menace was toppled from the top of the box office by South Park: Bigger Longer and Uncut on it's debut.