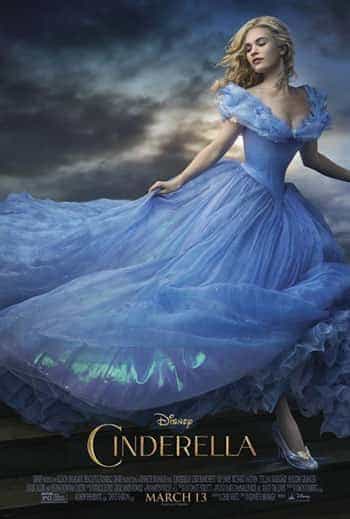 UK Box Office Chart 27th March 2015: Cinderella Is The Bell Of The Ball

At the UK box office this weekend the Kenneth Branagh directed live action version of Cinderella from Disney makes it's debut at the top.

Cinderella took a reasonable £3.8 million over the weekend to see it to number 1, in comparison to last years Maleficent also from Disney based on a much loved animation it half the debut gross.

The film should do well in the next couple of weeks as its the school Easter holidays, but with Home still on release and Spongebob also out there it has competition.

Home falls from the top to number 2 this week in it's second weekend of release, a £2.6 million Monday to Friday sees it's gross now stand at nearly £10 million.

Other new film hitting the box office chart this week are: The Spongebob Movie Sponge Out of Water which lands at 3 but should do well over the Easter break, Get Hard which lands at 4, Seventh Son which has a disappointing debut at 7 and Wild Tales which enters at 9.

A Year Ago Captain America: The Winter Soldier enters the box office at the top of the chart knocking The Grand Budapest Hotel down to number 3.

Five years ago Nanny Mcphee and The Big Bang is the new film taking over from Alice In Wonderland at the top which falls down to number 2.

Ten years Ago Hitch goes back to the top after surrendering the number 1 spot to Robots for a week, Robots falls to number 2.