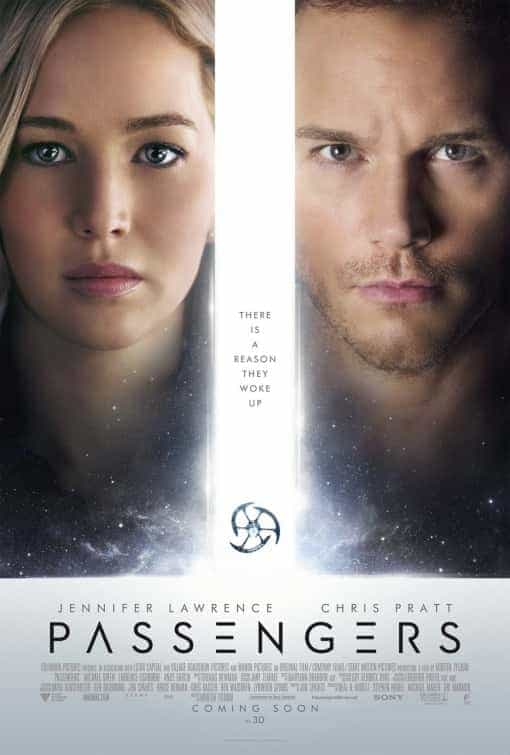 A little late reporting on this weeks charts with the figures arriving the following weekend due to the Christmas break.

UK audiences were in the mood for the Galaxy Far Far Away over the Christmas week with Rogue One staying at the top, maybe a fitting tribute as we said goodbye to Princess Leah.

With the new coming in over the festive period that actress Carrie Fisher sadly passed away what better tribute to pay than keeping Rogue One: A Star Wars Story at number one with £5.6 million on its second weekend.

This brings the films total gross to £33.9 million, an excellent gross in normal circumstances but this is a star wars film and the film is falling far short of last years Star Wars Episode VII: The Force Awakens.

Highest new entry of the week is Passengers which after bad reviews still manages to land at number 2 with £2.4 million.

Both stars Jennifer Lawrence and Chris Pratt are involved with high grossing franchises so this is by no means a big opening for them and with the no so good reviews the film could sink quite quick.

Longest running film on the chart this week is Trolls which has been around for 10 weeks not and highest total grossing movie is Fantastic Beasts and Where to Find Them which has now grossed £47,469,530 after 6 weeks.

A year ago Star Wars Episode VII: The Force Awakens was still the top film on its second weekend while top new film was Snoopy and Charlie Brown: The Peanuts Movie which entered at 2.

Five years ago Arthur Christmas went back to the top over the festive weekend while the top new film was Don 2 which entered at number 6.

Ten years ago Happy Feet stayed at the top for a third week while and with a static top 10 the top new film was Bhagam Bhag at number 11.

Fifteen years ago Kicking off one of the greatest series of all time The Lord of The Rings: The Fellowship of The Ring entered the box office at the top knocking off Harry Potter and The Philosophers Stone after 5 weeks at the top.

Twenty years ago 101 Dalmatians stayed at the top for a second weekend while Matilda was the top new film of the week at number 3.

Twenty five years ago The Addams Family was the top film of the week for a second weekend while Suburban Commando was the top new film which entered at 3.