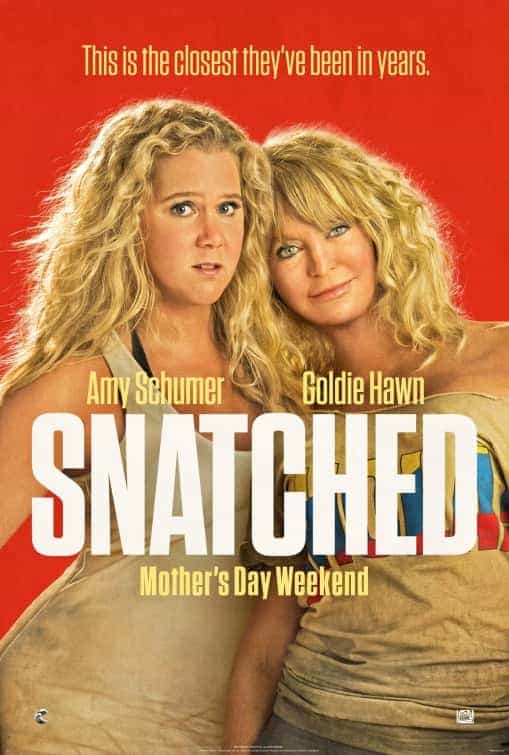 Us is given a 15 certificate in the UK for strong language, violence, threat

It was a weekend when everyone thought the big budget film King Arthur Legend of The Sword was going to dominate, Guardians of The Galaxy Vol 2 still took the crown and comedy Snatched come in highest on Mothers Day weekend.

Its the second weekend of release for Chris Pratt and director James Gunn and Guardians easily holds on to the top spot with a massive $63 million, 57% drop from last weeks debut.

This brings the films total gross from 10 day in cinemas to $246.1 million, its inline with other big Marvel films and well ahead if the first Guardians film.

Highest new film honour goes to Snatched starring Amy Schumer and Goldie Hawn about a mother and daughter who get kidnapped in a foreign country, good timing to release on Mothers Day.

The film makes its debut in second place with a weekend gross of $17.5 million, although with mediocre reviews we could see this slip away quickly.

Directed by Guy Ritchie and with a massive $200 million+ budget the studio were hoping for a mega hit on their hands, but King Arthur Legend of The Sword has limed into US cinema in third with $14.7 million.

Beauty and the Beast is once again the longest running film on the US box office, 9 weeks now, and its the highest total grossing movie with nearly half a billion pound in takings.