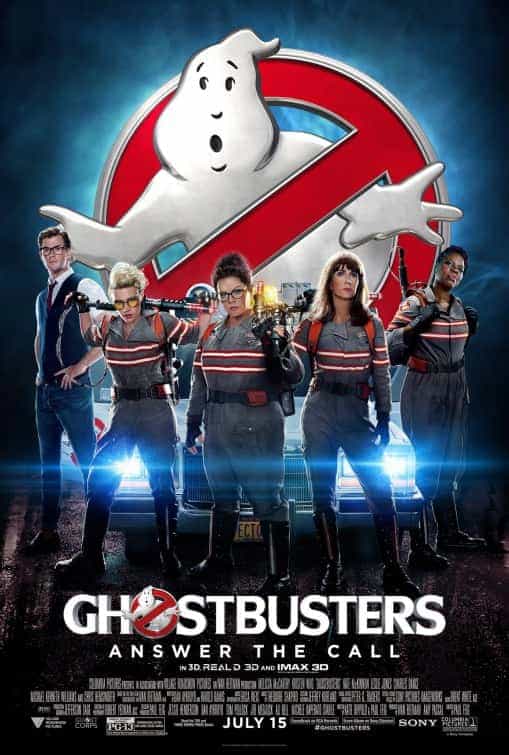 A change at the top of the world box office charts has the Ghostbusters reboot taking over from The Secret Life of Pets.

On its debut week of release the 2016 Ghostbusters reboot takes $65.1 million dollars from just 4 countries.

An excellent result for the female led Ghostbusters movie, although good reviews have helped and the marketing push to banish the negativity has certainly helped.

The Secret Life of Pets is still doing big numbers across the globe and this week despite falling to number 2 grosses $54.9 million bringing its total gross to $253.9 from 10 countries.

Highest total grossing film on the global box office this week is Finding Dory, the Disney/Pixar movie has to date grossed $721.7 million.

Widest release of the week id Now You See Me 2 which is currently out in 78 countries although the film has only grossed $267 million.

Here is the global top 5 for this week