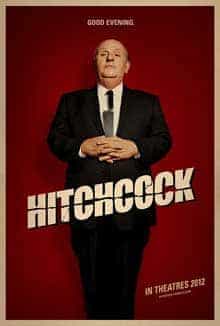 New UK cinema releases 8th February 2013: I Give it a Year, Wreck-It Ralph and Hitchcock

New films this week in the UK that will try and shift Les Miserables hold of the box office are - I Give it a Year, Disney's Wreck-It Ralph and the Alfred Hitchcock bio-pic Hitchcock. The week before Valentines Day we get a rom com that looks at how much trouble a marriage can be, and if it can last more than a year. Starring a strong British cast among the Americans the film stars Rose Bryne, Anna Faris and Rafe Spall along with Minnie Driver, Stephen Merchant, Olivia Colman and Jane Asher.

Disney release another computer generated animated movie that Pixar had nothing to do with. Based on video games and boasting cameos from top video game characters Wreck-It Ralph is about a bad guy in a video game that no longer want to be the bad guy!

Hitchcock is the story of Alfred Hitchcock and his wife during the period he was making Psycho, it concentrates on the dynamics between him and his wife and gives in insight to how driven he was during the making of his films, Anthony Hopkins stars as the famed director with Helen Mirren as his wife with support from Scarlett Johanson, Toni Colette and Jessica Biel.