* Your emails address or any other personal infomation is ever harvested by 25thframe.co.uk for marketing purposes and will only be used for reply to queries.

There is always a need for staff writers, designers and developers, if you love movies and are interested in collaborating with 25thframe.co.uk in any capacity use the form on the left of this page.

The 25thframe.co.uk website was founded by Robert Hyde in 2004 and has grown into one of the best websites reporting on the UK and US box office on the internet.

Why 25thframe.co.uk? Although a film can run at anything above 16 frames per second to give the illusion of motion it was eventually decided a cinema projector would run at 24 frames per second, when the website was named it was thought 'lets take you beyond the cinema experience' so, take you to the 25th frame. 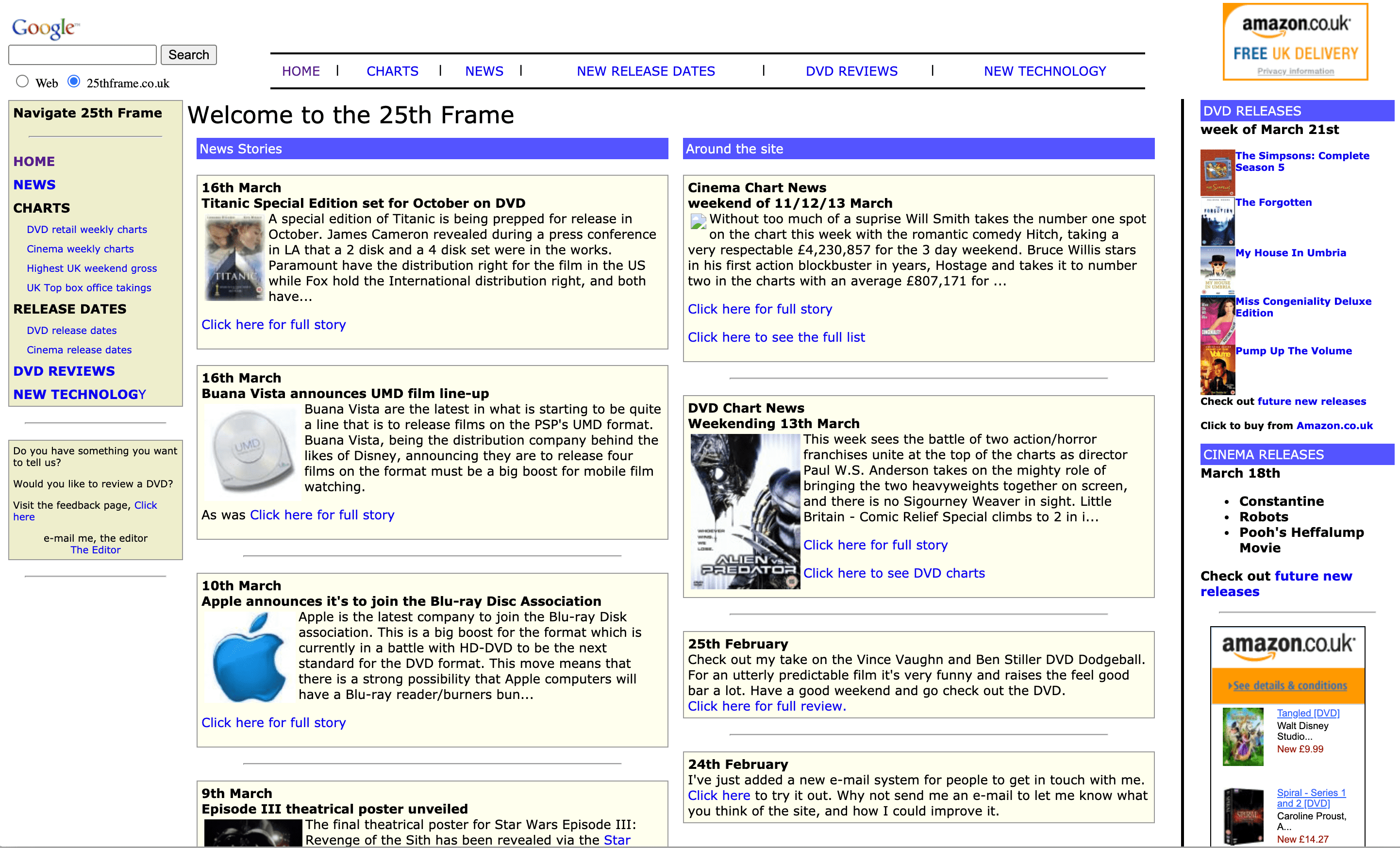 The aim is to provide an informative website that is not driven purely by advertising and doesn't have a large corporation trying to get your data and your money, we are independent.

Looking at film websites in the early days of the internet we identified a gap for a movie database that was focused on the movies themselves and what people think of them.

The inspiration came from sites like the original late '90's/early 2000's imdb.com (before Amazon bought them basically), boxofficemojo.com (also now owned by Amazon), rottentomatoes.com and boxofficeguru.com, there is a drive to give the movie fan a chance to enjoy rich content and contribute themselves, and there is an obsession with movies box office figures!

15 years later and the website is still alive and well and gone through many changes, there is movie news along with weekly reports on the UK, US and combined global box office performance.

The real key to the websites susccess is knowing what you think, hearing your views and striking up debates about movies, good and bad!

What is the 25th frame effect?

In case you were wondering there is something called the 25th Frame effect in film making, or its sometimes know as a subliminal image in a movie. This is when an extra frame, the 25th frame, is added that flashes on the screen so quickly you sort of notice, but your not sure!

One of the most famous uses of this is in The Exorcist white-faced demon named Captain Howdy is shown, also Cloverfield has 2 or 3 instances.

Founder and CEO, also does Web Development and SEO

Robert is the founder of 25thframe.co.ukb> and is incredibly proud of how far the website has come from its original idea.

He has worked on the internet for the likes of Amazon and eBay and as a proffesional web developer delivers whatever gives our users the best experience.

He has a film studies qualification and has been passionate about movies for most of his life, even having worked for Ritz Video Film Hire and Blockbuster Video for many years.

He is currently living in America as the sites American correspondent.

Our design guru Simon has worked for many big agencies and internet companies but currently fulfils all our design.

He is a fantastic artist and has an eye for detail and UX which is reflected on the website.

He loves going to the cinema and is especially keen on sci-fi movies, his most recent favourite movie was Star Wars: The Rise Of Skywalker, opinions have split the office!

Newest member of the team and maybe the most passionate, she has had a few jobs in the internet industry and worked as a TPM at a big technical company and has previously writing help manuals, she loves writing and is very organised.

She is based in the UK and now acts as our business developer where she works with distributers and studios. 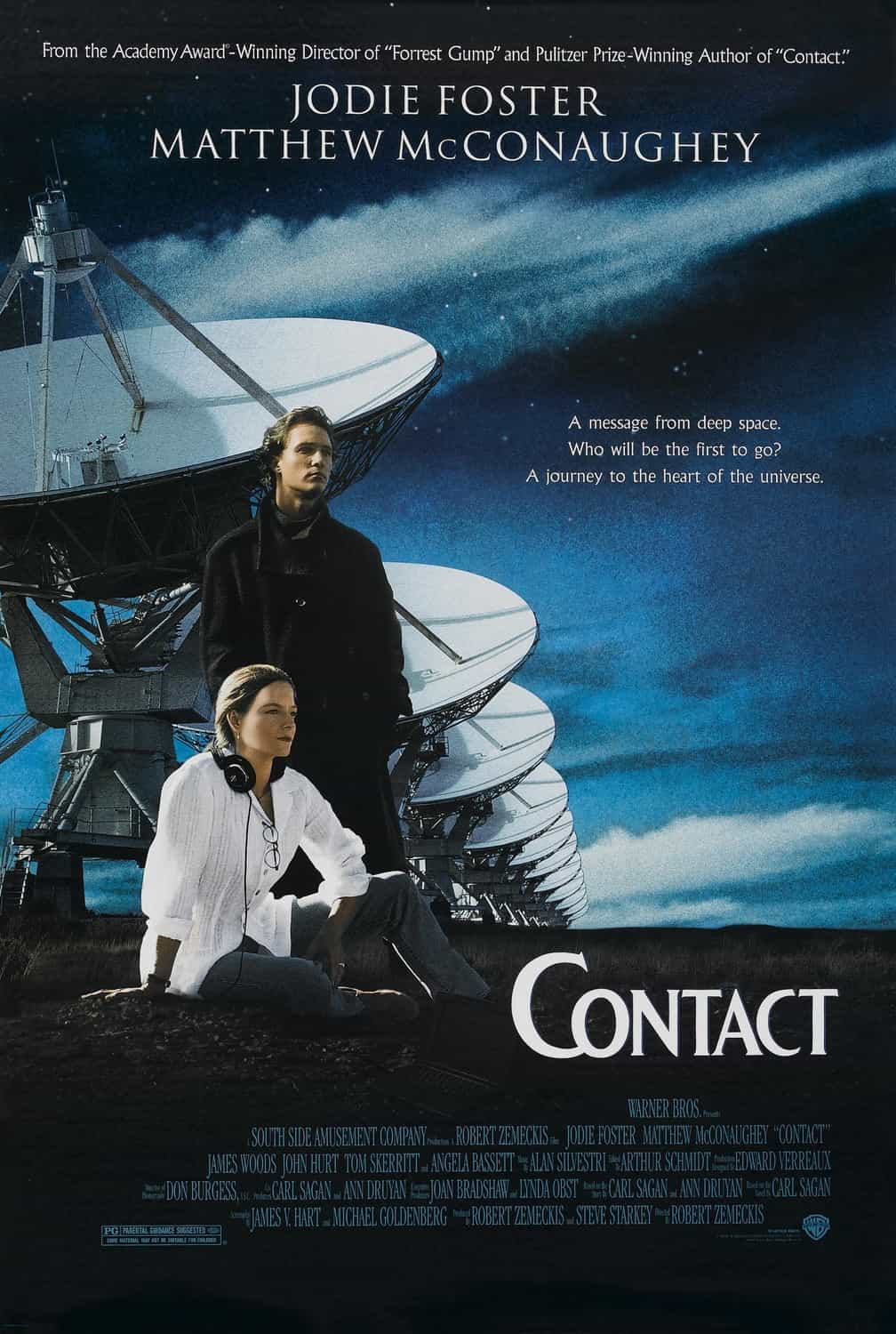