Strike General viewing, but some scenes may be unsuitable for young children. A PG film should not unsettle a child aged around eight or older. Unaccompanied children of any age may watch, but parents are advised to consider whether the content may upset younger, or more sensitive, children. 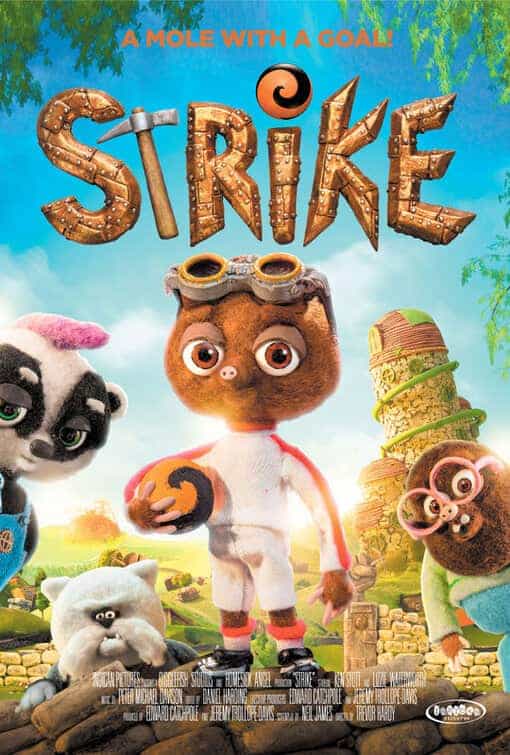 What's your score for 'Strike'?

Do you have a review or comment for 'Strike'?

There is still no official box office numbers getting released but with many drive-in cinemas across America open and reporting numbers horror movie The Wretched spends a third week at the top of the US cinema chart.

Here is the top 5 films in America this weekend

Spending a third weekend at the top this horror film from directors Brett Pierce and Drew T. Pierce took $85K from its drive-in showings to bring its total gross in the US to nearly $300K.

Starring Beanie Feldstein this comedy movie stays at number 2 this weekend for a second week taking $36K for a total gross of $55K.

This is kind of the highest new entry of the week although it was released in 2018!

The documentary feature directed by Cassidy Friedman takes $4k over the weekend, the film wisely taking advantage of the lack of new films at the cinema.

This animated feature from May of 2019 spends its second week on the box office (of sorts) taking $1.5K on its second weekend pushing its total to $4K.

With a take of $55 this drama directed by Giuseppe Capotondi spends its fourth weekend on the box office, it has now taken $40K.

We know under normal circumstances the American box office would have been far different than this but its fun to take a look at what is happening across the county with the movie industry until we get more theatres opening.

At the moment the studios are hoping that will be by July when Warner Bros. have their big tentpole picture Tenet directed by Christopher Nolan opening.

Jay And Silent Bob Reboot gets a 15 age rating in the UK for strong language, sex references, drug misuse, nudity

From the first film Kevin Smith made back in 1994 the characters of Jay And Silent Bob have been a staple, and their reboot movie gets a BBFC age rating of 15.

Their first movie Jay And Silent Bob Strike Back was release back in 2001 so it was about time the film series got a reboot.

The film is directed by Kevin Smith as well as being written by him and starring him, it also stars Jason Mews.

The movie has been given a 15 age rating for strong language, sex references, drug misuse, nudity and has a runtime of 105 minutes (1 hours and 45 minutes) and the film was passed uncut.