Harriet Films classified 12A contain material that is not generally suitable for children aged under 12. No one younger than 12 may see a 12A film in a cinema unless accompanied by an adult. Adults planning to take a child under 12 to view a 12A film should consider whether the film is suitable for that child. To help them decide, we recommend that they check the Ratings info for that film in advance. 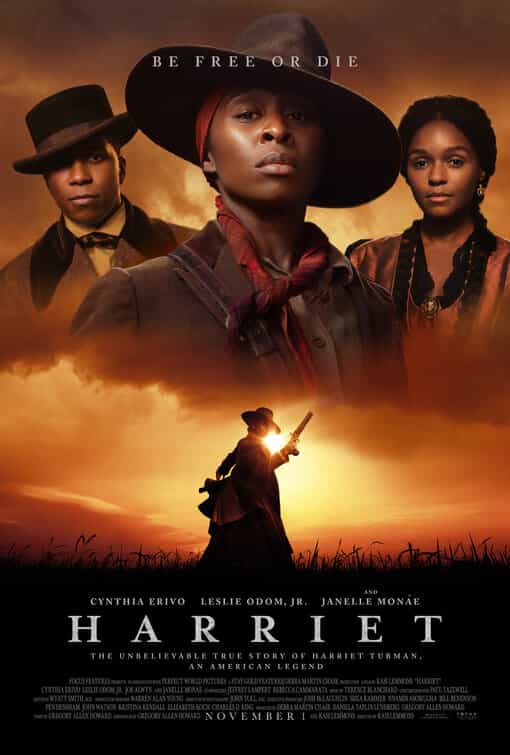 What's your score for 'Harriet'?

Do you have a review or comment for 'Harriet'?

US Box Office Analysis 1 - 3 November 2019: Terminator: Dark Fate makes its debut at the top but its worrying times for the franchise

The new Terminator movie makes its debut at the top of the US box office this weekend, but its not all good news for the long running franchise as the films debut gross of one of the lowest of the series.

Despite the mostly positive reviews and the reuniting of Linda Hamilton and Arnold Schwarzenegger, not to mention the story written by original writer James Cameron the film did not not the box office alight on its debut weekend.

The film took just $29 Milllion despite making its debut at the top of the box office and unless there is some late interest in the film it will be the lowest grossing movie in the franchise outside the first film.

The DC villain movie has ended up being a mega smash for Warner Bros. and this week the film takes $13.9 Million on its 5th weekend.

This brings the films total US gross to just shy of $300 Million, the film is the top total grossing movie on the chart this week.

Disney's sequel movie continues to pull in audiences, no doubt helped by the marketing and Halloween, this week it grosses $12.1 Million for a gross of $84.3 Million after 3 weeks of release.

Making its debut at number 4 this week is director Kasi Lemmons period drama which takes $12 Million with little fan fare.