Igor General viewing, but some scenes may be unsuitable for young children. A PG film should not unsettle a child aged around eight or older. Unaccompanied children of any age may watch, but parents are advised to consider whether the content may upset younger, or more sensitive, children. 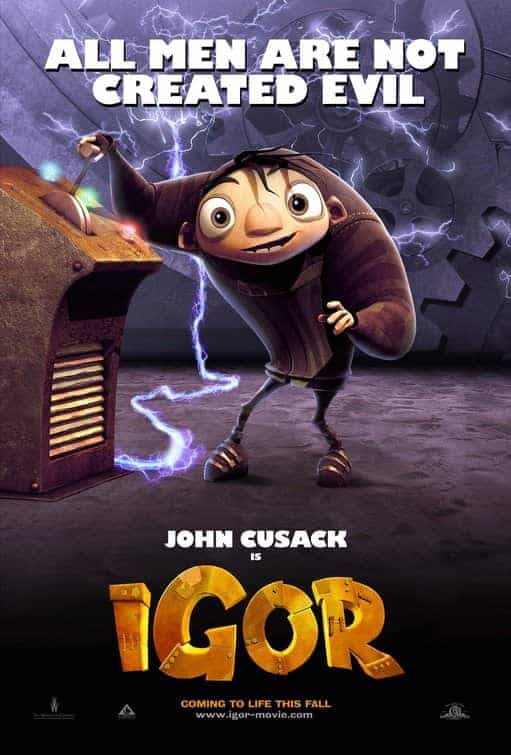 What's your score for 'Igor'?

Do you have a review or comment for 'Igor'?

News from around the web
The Shining at 40: will we ever fully understand what it all means?  The GuardianSat, 23rd May 2020On 'Igor,' Tyler, The Creator Bet On A Revolutionary Concept, And Won  Recording Academy | GrammysMon, 18th May 2020Late Night Lately: Remembering Fred Willard and Jerry Stiller  Hollywood ReporterSat, 23rd May 2020Chilling 'Invisible Man' - By Tom Von Malder - Rockland - Camden - Knox - Courier-Gazette - Camden Herald  Courier-Gazette & Camden HeraldSun, 24th May 2020Stream It Or Skip It: 'Rich in Love' on Netflix, in Which the Heir to a Tomato Fortune Pretends to Be Poor to Get the Girl  DeciderWed, 6th May 2020UPI Almanac for Monday, May 25, 2020  UPI.comMon, 25th May 2020

Star Wars: Galaxy's Edge (Star Wars Land) opens at the Los Angeles based Disneyland on Friday May 31st 2019, and from early word it is nothing short of amazing. 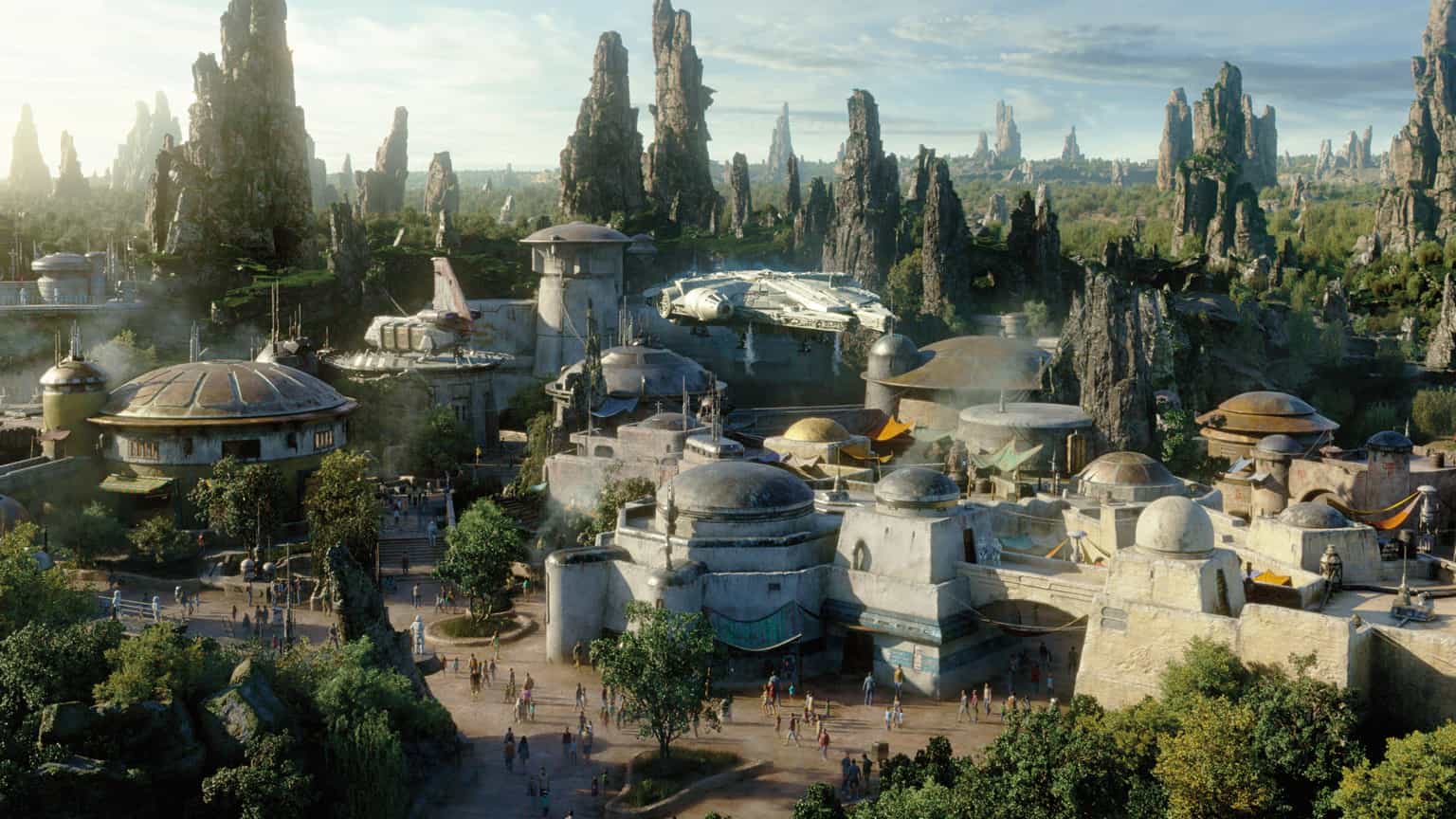 The land which is part of the main park at Disneyland has been 3 years in the making and is one of the most anticipated projects in the Star Wars fan base since Disney bought Lucasfilms.

The land had its dedication ceremony on Wednesday 29th May in front of the Millennium Falcon replica (which is full size) hosted by Disney CEO Bob Igor and attended by Star Wars creator George Lucas, Luke Skywalker actor Mark Hamill, Lando Calrissian actor Billy Dee Williams and Han Solo Harrison Ford, Chewbeccca made an appearance in the cockpit of the Falcon, after he failed to start the ship Ford hit it to get it to start.

Check out the video below, and fast forward to 1 hour 15 minutes to get to the actual ceremony.

There are plenty of YouTubers putting up videos with two of our favourites FreshBaked and Tim Tracker top of the list.

Hopefully it wont be long before we get to go ourselves, but if you get a chance to emerge yourself in the best thing to happen to Star Wars since The Force Awakens then let us know.

For those of you that can't get to Disneyland in California an exact replica is being built in Orlando Florida as part of Disney's Hollywood Studio wihch opens later in the year on August 29 2019, and there is word that Disneyland Paris and the Disney World in Tokyo are set to get version in the years to come. 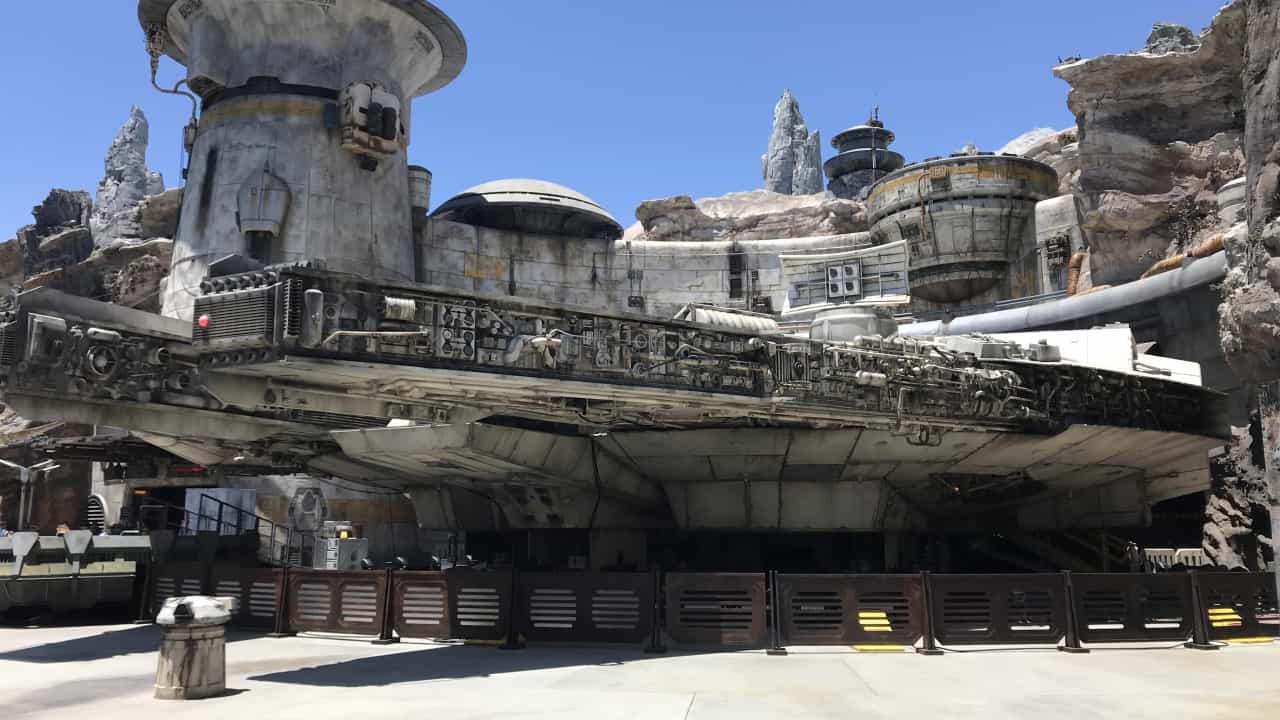 And check out the Disney Blogs site (linked in the tweet below) for some good information on the new land, and a look at the new Disneyland maps that are available in the parks.

7 days and counting until the all-new land, #StarWars: #GalaxysEdge, opens at #Disneyland Park! Check the Disney Parks Blog for a first look at the Disneyland Park guidemap to help you “map” out your Star Wars adventure.

Star Wars Episode VII is to start filming with J.J. Abrams directing in May, at England's Pinewood Studios

There is a lot of excitement building for the new Star Wars: Episode VII Film, a continuation of the original Trilogy, and today Lucasfilms and Disney have posted that filming will start in May.

The filming location, like 1977s Star Wars, will be Pinewood Studios in Iver Heath near London.

Disney head Bob Igor stated in a recent earnings call that the new film would be set 30 years after Return of the Jedi, there would be 3 new leads and of course there is room for some "familiar faces" to pop up.

JJ Abrams is directing and a release date of December 18th 2015 is currently earmarked.