Striptease No one younger than 15 may see a 15 film in a cinema. 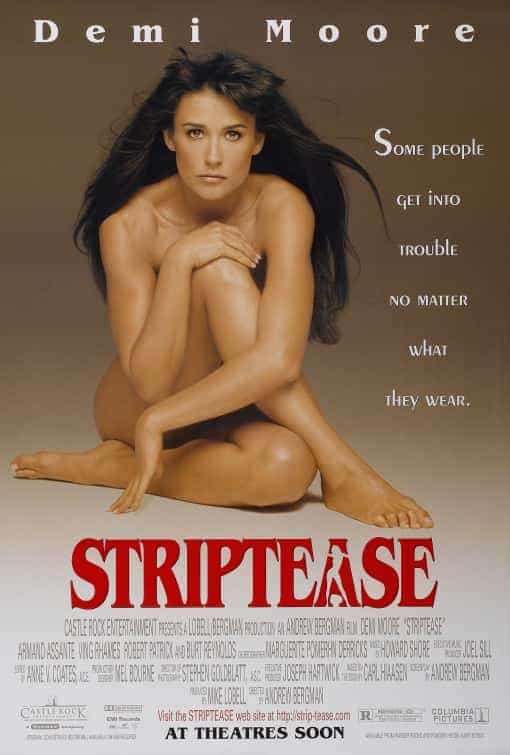 What's your score for 'Striptease'?

Do you have a review or comment for 'Striptease'?

On this weeks UK box office Bridget Jones's baby stays at the top for a second weekend and makes a big impact on its total UK gross, The Magnificent Seven is the top new film.

A second weekend of release brings in £6.2 million for Bridge Jones and with a very healthy weekly gross of nearly £13 million the films total gross is now £21 million.

This just nudges the film past the previous film in the series, Bridget Jones The Edge of Reason and its well ahead of the film film.

Highest new film of the week was no challenge for Jones as it lands at 2, The Magnificent Seven takes £2.1 million on its debut weekend.

For star Denzel Washington this is pretty much an average opening for his film and likewise for director Antoine Fuqua.

Longest running film on the top 15 this week is The BFG which is 10 week old now and highest total grossing movie is Finding Dory which now sits at over £41 million.

A year ago
Last weeks top film Everest help on for a second weekend while top new film was Miss You Already at number 4.

Five years ago
Tinker, Tailor, Soldier, Spy held on to the top for a second weekend with top new film Crazy, Stupid, Love. coming in at number 2.

Ten years ago
Children and Men entered at the top of the box office while Talladega Nights The Ballad of Ricky Bobby fell to number 3.

Twenty years ago
Demi Moore took it all off in Striptease which entered at the top on its debut weekend knocking Emma to the number 2 spot.

Twenty five years ago
Terminator 2: Judgment Day was still at the top of the box office for the 6th week while sequel F/X2 was the top new film at 2.