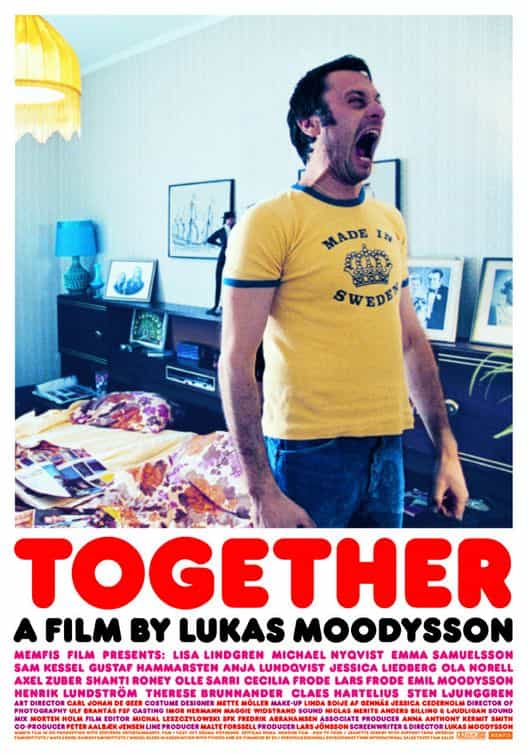 Do you have a review or comment for 'Together'?

James Bond 007 returns in the first full trailer for the next movie in the series No Time To Die and its full of action with little in the way of story.

This is reportedly the last film that Bond actor Daniel Craig will apear and the first trailer is full of the actor in action.

The movie is directed by Cary Joji Fukunaga, his first time in the chair behind a Bond movie, and judging by the trailer he sure has the look and feel of a 007 movie tied down.

The is plenty of action in the trailer, but there are also story hints with suggestions of a new female 00 (they dont mention is she is 7 or not) and a struggle of love for Bond with girlfriend Dr. Madeleine Swann who, surprise, has a dark secret.

We also get to see Christoph Waltz return as Blofeld and the smallest glimpse of Rami Maleck as the villain of the film.

Also watch the trailer until the very end, the final split second shot is an absolute gem!

After a troubled shoot and reports of injuries and fallouts it looks like it could all be coming together got the 3rd April release, so check out the trailer and start the wait.

This weekend, Friday 15th November 2019, there are 4 new films released in the UK looking to hit the box office, but can it challenge Joker for the top spot?

First up at cinemas this week is Last Christmas, a movie directed by Paul Feig who also directed Spy in 2015 which grossed £9.7 Million.

It stars Madison Ingoldsby who is making a feature film debut.

Next on this weeks new release schedule is Ford V Ferrari.

It also stars Caitriona Balfe who appeared in The Price Of Desire (2016).

The film is brought to us by veteran director James Mangold.

Next up this week is The Report which is directed by Scott Z. Burns who directed Pu 239 in 2006.

It stars Adam Driver and Corey Stoll who were last seen together in This Is Where I Leave You which grossed £109,441.

Also this week there is Little Monsters from director Abe Forsythe marking a directorial debut,

World Box Office Analysis 11th - 13th October 2019: Joker continues its hold on the global box office and pushes its total to over $500 Million, animated movie The Addams Family is the top new film

The Todd Philips directe movie Joker continues its run at the top film across the world as it expands to more countries while the top 5 is relatively unchanged with the new animated movie The Addams Family coming in at number 4 as the highest new film.

Starring Joaquin Phoenix as the psychotic title character the controversial film has done far better than expected and this week expands its country count to 80 and takes $178.7 Million.

The film did incredibly well with ticket sales over the week and its total gross is now at $543.9 Million after 2 weeks of release and a $1 Billion total does not seem unlikely now.

The Ang Lee directed movie expands its country count this week to 54 but can't beat Joker on the box office as it take $51 Million over the weekend from 54 territories.

This takes the film total global gross to $59.5 Million after 2 weeks of release.

The Chinese language film falls to number 3 this week with a weekend gross of $33.4 Million from just 6 countries.

The film has taken an incredible $340.9 Million after 2 weeks of release.

MGM bring us a new take on the 1960's TV show this week which enters the box office at number 4 with $30.2 Million, but this is from a single country of release.

The film goes wide over the coming weeks across the rest of the globe where we should see the film climb the box office.

The series of short stories brought together to create one movie falls to number 5 this week with $23 Million from 10 countries, the film has an incredible total gross now of $357.4 Million after just 2 weeks.