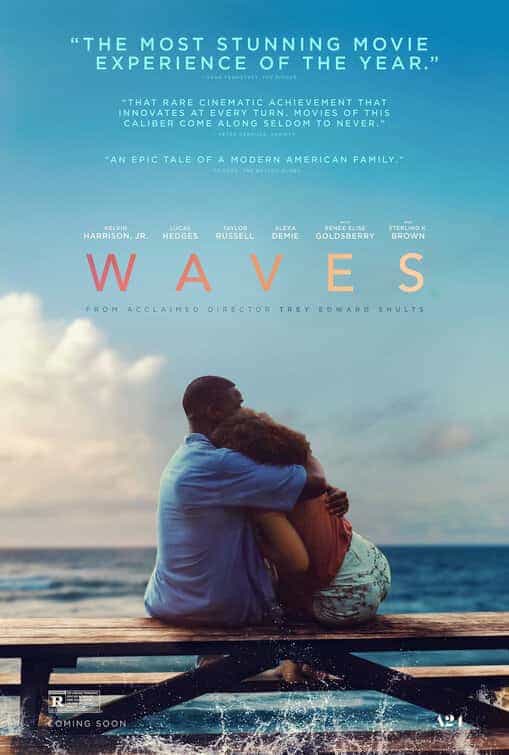 What's your score for 'Waves'?

Do you have a review or comment for 'Waves'?

Making it 2 weeks at the top, The Second Best Exotic Marigold Hotel retains it's lead over the rest of the box office with £2 million over the weekend, 33% down on last week, not bad.

In an unusual move the Will Smith starring Focus moves up to second place despite a drop to £ 1.3 million in weekend gross, showing what a low grossing weekend it was.

Highest new film of the frame is Neill Blomkamp Chappie at 4, despite the hype the movie only managed a £1.015 million opening weekend, the lowest of the directors career.

Other new films this weekend are: Still Alice at 8 but from only 86 screen showing and Unfinished Business at 9, Vince Vaughn's career worst.

Five years ago
Tim Burton's Alice in Wonderland made a huge debut at the top of the box office, finally dislodging Avatar which fell a single place to 2.

Ten years ago
Horror film Boogeyman went in at the top despite it very low opening of less than a million pound, it replaces Hide and Seek which fell to 2.

Fifteen years ago
Some stability at the top with Toy Story 2 remaining at number 1, highest new film was at 2 in the shape of Three Kings starring George Clooney and Mark Wahlberg.