25thframe.co.uk > News > On Star Wars Day we decide which is the best Lightsaber battle in the 9 film saga 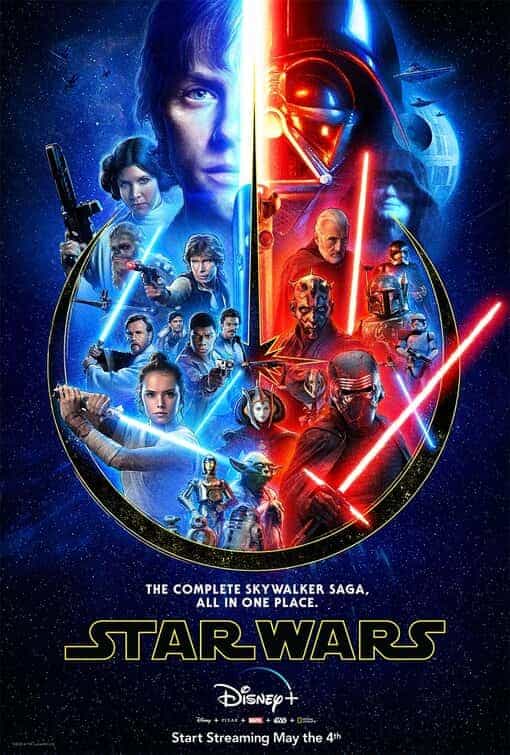 5. Rey Vs. Kylo Ren (with help from Finn) from Star Wars: The Force Awakens

There had been a Star Wars drought for a number of years (10 years) and with the buyout of Lucasfilms still fresh in everyones minds as well as the (at the time) badly received prequel trilogy the fan base wanted a good Star Wars movie.

JJ Abrahams was put in charge of directing the film, a life long fan of the series, and he delivered in spades, bringing arguably the best Star Wars film to date.

We instantly took to the new characters of the Rebel Alliances Rey and the First Orders Kylo Ren, and with Rey's force powers hinted at throughout, the dual between the two was inevitable, and at the end of the film Abrahams delivered, set within a forest of the Star Killer Base while the planet explodes around them.

4. Yoda Vs. Count Dooku from Star Wars Episode II: Attack Of The Clones

We knew Yoda was a Jedi Master and that he had fought in the Clone Wars that started at the end of the second part of prequel trilogy, and George Lucas knew he had to deliver.

As Yoda walks into the hanger where Count Dooku was trying to board his ship you simply knew what was about to happen, and as he pulls across his robes to reveal a small lightsaber this was the moment, he force pulls his weapon to his hand and turns it on.

The battle doesn't last long, but seeing the small green Jedi Master who usually finds it hard to walk bouncing around the walls during the fight is a joy. The original movie introduces us to the legendary weapon, something not really seen on the big screen before but throught the stories Ben Kenobi tells Luke during the movie we know that the weapon is elegant and the Jedi are lethal with it.

We also believe at this time that Darth Vader is the arch enemy of Ben Kenobi, and by the end of the movie there has to be a metting of the two, and while trying to escape the Death Star the two come face to face.

Despite the technological abilities in special effects at the time this thrilled fans of a generation and when the inevitable happens at the end we are shocked at the loss of our new hero.

2. Luke Skywalker vs. Darth Vader on Cloud City from Star Wars: The Empire Strikes Back

This battle comes as no surprise, we have seen Luke go through the training, and go off to rescue his friends, and we get the foreshadowing fof things to come on Dagobah.

When Luke goes into the carbon freeze chamber and the two enemies ignight their sabers in low light we get the almighty battle between the two enemies.

The style and technology used in this film is so much greater than that of the original Star Wars that it feels fresh and thrilling, and at the end of the battle we get one of cinemas greatest reveals, so good to this day it is celebrated as THE movie twist of all times.

1. Qui-Gon Jinn and Obi-Wan Kenobi Vs. Darth Maul from Star Wars Episode I: The Phantom Menace

The movie gets a lot of criticism, but over the last 20 years time has been kind and in the grander scheme of the saga the fan base is looking at this film more favourably, and it has the best lighsaber battle of all time.

It had been 16 years since we'd had any proper Star Wars to enjoy and despite the film not getting the critical reaction Lucas wanted the Dual Of Fates was spectacular.

The highlight is at the start of the battle as Qui-Gon and Obi-Wan face the Sith Lord Darth Maul, as the John Williams music 'Duel Of Fates' starts to get more intense Maul ignites a single blade on his lightsaber, then the money shot happens and another blade appears from the other side, every Star Wars Fan looked on in amazement as the incredible battle unfolds between the 3 warriors.

The only real shame is that, inevitably, Darth Maul dies at the end of the movie, although in quiet spectacular style, but with little screen time fans wanted more, although as seen in Solo: A Star Wars Story they have brought him back and who knows if he'll appear in another movie or not?