25thframe.co.uk > News > UK Summer Box Office: Dunkirk from director Christopher Nolan is the top film of summer 2017 in the UK 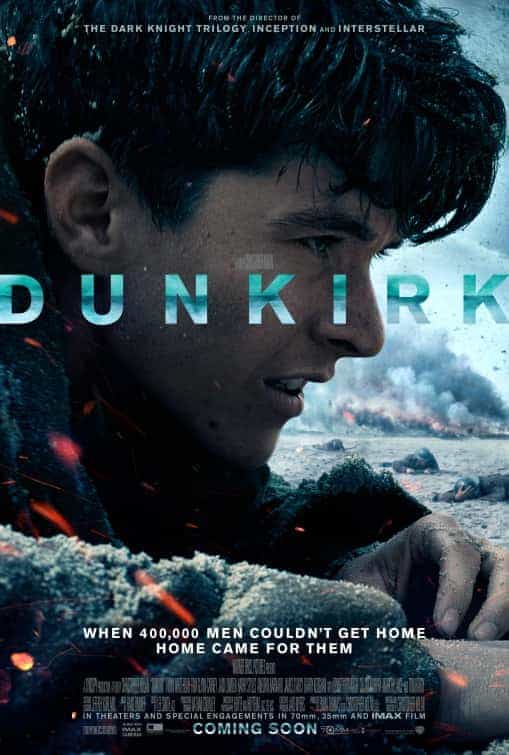 In a summer of superheroes, Apes and Pirates it was a was film which out grossed everything with few stars but a visionary director who is a master of storytelling.

Christopher Nolan has become one of the most prolific directors in modern cinema and he took the moving story of Dunkirk to the top over the summer to the tune of £53 million.

It was by far the top film of the summer season with the closest competitor at number 2 Spider-Man Homecoming which brought home just why of £30 million.

Next up is the highest grossing film ever from a female director in the shape of Wonder Woman which grossed £22 million while the apes rules at number 4 with War For The Planet of The Apes grossing £20 million.

IN recent years a new Pirates of the Caribbean film would have meant big money but Pirates of The Caribbean: Salazars Revenge came in at 5 with under £20 million, far less than previous entries.

Looking further down the top films of the summer in the UK Guardians of The Galaxy Vol 2 was the sixth top film while Alien: Covenant was the seventh and Baby Driver the eight.

Rounding out the top 10 is The Emoji Movie at nine and finally Cars 3 at number ten, another film which is suffering from series fatigue and has done far worse than the others in the series.

Looking forward to the holiday season ahead we can expect top film from IT to Kingsman The Golden Circle, Blade Runner 2049 to Thor: Ragnarok and Justice League to Star Wars: The LAst Jedi.