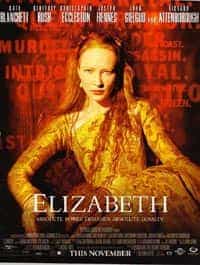 Doctor Strange In the Multiverse of Madness opens at the top of this weekends box office with a massive weekend gross of $450 Million which accounts for 85% of all money taken across the globe.

The Marvel Cinematic Universe phase 4 starts to come to an end with the release of the sequel to Doctor Strange which this week easily tops the global box office.

The movie which is directed by Sam Raimi takes over 85% of the global box office takings this weekend with a massive $450 Million weekend gross from 50 countries.

This instantly puts the movie inside the top 5 movies of 2022 at number 4.

The road ahead looks good for the Benedict Cumberbatch and Elizabeth Olsen starring movie and thinking it will get to $1 Billion, like its Marvel predecessor Spider-Man: No Way Home would not be wrong.

Climbing up to number 2 on the chart this weekend is the blockbuster animated movie which has done far better than anyone would have expected.

This weekend the movie took $16.9 Million from 65 countries for a 32% drop over last weekend giving the movie a total gross of $148.1 Million after 8 weeks.

Fantastic Beasts: The Secrets of Dumbledore

Falling from the top to number 3 this weekend is the third Fantastic Beasts movie which takes $14.7 Million from 75 countries, a massive 57% drop over last weekend.

The video game adaptation falls to 4 this weekend with $14.4 Million from 62 countries, a 44% drop over last weekend.

Falling to 5 this weekend is the action comedy starring Sandra Bullock which takes $7.9 Million from 58 countries, a 45% drop, giving it a $162.7 Million total.

Released in the UK this weekend, Friday, 6th May 2022, there is 1 new releases which will more than likely knock Downton Abbey: A New Era from the top of the UK box office.

Here is this weeks new release

Next week there are 3 new movies released

Doctor Strange In the Multiverse of Madness is given a 12A age rating in the UK for moderate horror, violence, threat, injury detail

The next movie in the mega successful Marvel Cinematic Universe, Doctor Strange in the Multiverse of Madness is given a 12A age rating by the BBFC for shows in the UK.

The movie stars Benedict Cumberbatch as Doctor Strange who has played the character since the first Doctor Strange movie through to last years Spider-Man: No Way Home and Elizabeth Olson as Wanda Maximoff, the actress has played the character since Avengers: Age of Ulton through to the mega successful Disney+ series Wandavision.

The movie is directed by Sam Raimi who brought us the horror classic The Evil Dead in 1981 but was also responsible for the original Spider-Man trilogy starring Toby Maguire from 2002-2007.

Dr Stephen Strange casts a forbidden spell that opens a portal to the multiverse. However, a threat emerges that may be too big for his team to handle.

A new poster has been released for upcoming movie Doctor Strange In the Multiverse of Madness which can seen in full if you scroll down this page.

Check out the Salty Popcorn movie page for more information on this upcoming film.

Sequel to the movie version of the successful TV show Downton Abbey, Downton Abbey: A New Era, is given a PG age rating in the UK.

The movie is directed this time by Simon Curtis who directed Goodbye Christopher Robin from 2017.

The Crawley family goes on a grand journey to the South of France to uncover the mystery of the dowager countess's newly inherited villa.