Holes 2003 General viewing, but some scenes may be unsuitable for young children. A PG film should not unsettle a child aged around eight or older. Unaccompanied children of any age may watch, but parents are advised to consider whether the content may upset younger, or more sensitive, children. 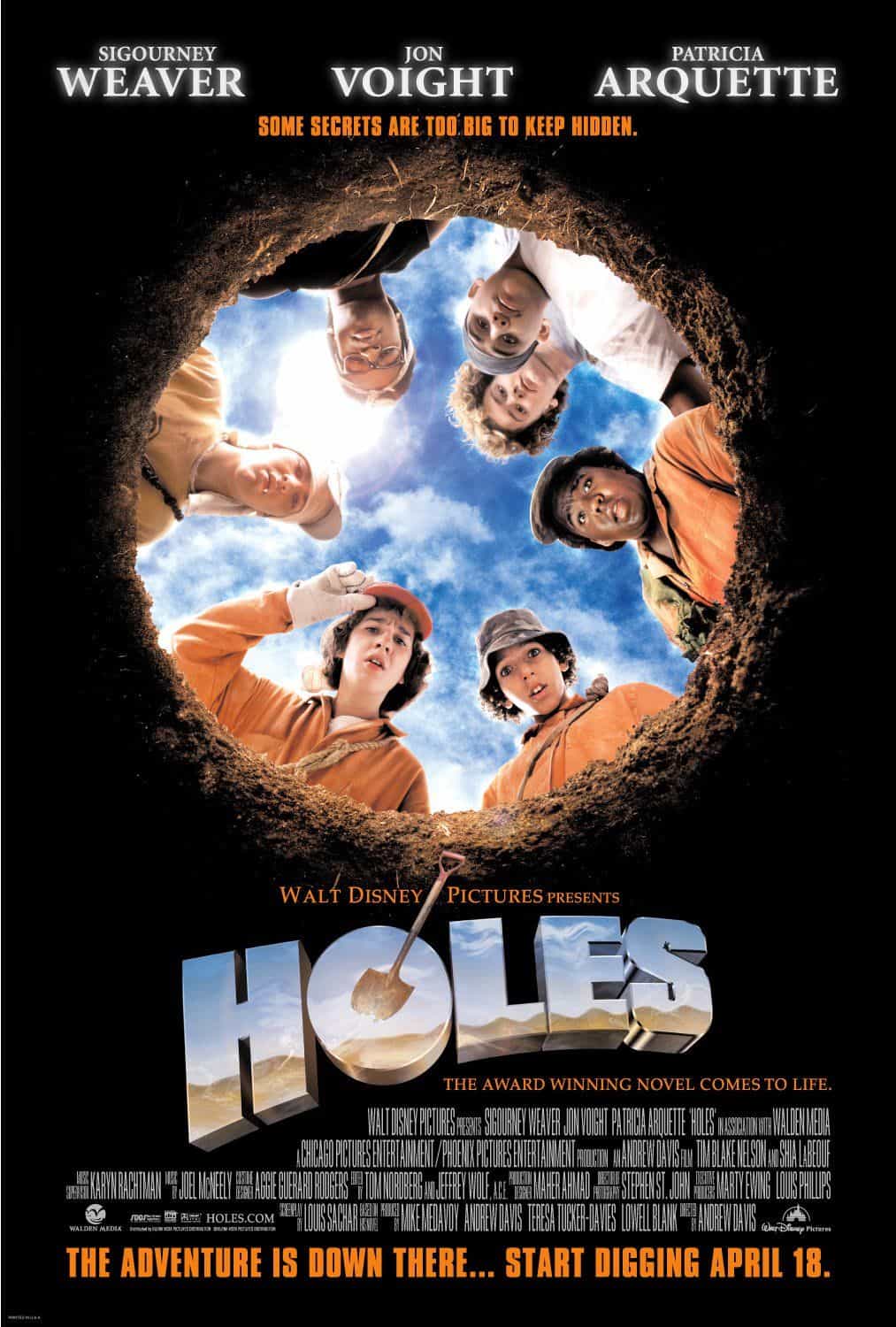 After last weeks biggest selling debut of the year for Jurassic World and its subsequent move to the top of the UK Video chart there was no stopping it and it makes it a second week this week.

Jurassic World is not only the biggest box office hit of the year but it looks to be the biggest selling video of the year outselling the current top video Fifty Shades of Grey.

Top new entry for the week is Mr. Homes which enters the video chart at number 2 on its debut week of sale.

Starring Ian McKellen Mr. Holes was released at the UK box office on 19th June 2015 and entered the chart at number 4 that week.

The film managed a 4 week run on the official chart but also had a massive extra 11 weeks in cinemas which boosted its total gross, the film made £2.6 million over 15 weeks.

Also new this week: The 2015 remake of Poltergeist enters the chart on Halloween weekend at number 4 and little known Nicolas Cage film Pay the Ghost enters at 8.

Commanding the box office in even greater fashion than last week Jurassic World scores the second highest second weekend gross in the UK, the holder being Skyfall from 2012.

With £11 million Jurassic World takes it's total gross to £38.5 million and should see it become the highest grossing film of the year by next weekend.

Rolling into second place on it's debut is the event film Take That Live, recoded earlier this year at the O2 arena in London the film grosses £965,000 on its Saturday only showing.

Highest new ëfilm' of the week is new at number 4, the ever popular charter of Sherlock Holmes is played by Ian McKellen in Mr. Holes which debuts with £741.080.

A year ago
The Fault In Our Stars made its debut at the top of the box office knocking 22 Jump Street from the top to number 2.

Five years ago
Killers starring Aston Kutcher debuted at the top finally knocking Sex and The City 2 down to number 2 after 3 weeks at the top.

Ten years ago
The Batman revamp Batman Begins made it's debut at the top while the previous weeks top film, Mr. & Mrs. Smith, fell into second place.

Fifteen years ago
Gladiator was still holding onto the top position while the top new film of the week was Frequency.

Twenty years ago
Action film Bad Boys was the top film across the country which knocked The Brady Bunch Movie down to number 2.