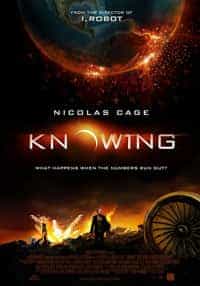 This week Disney had a double dip on the UK box office with Captain America: The Winter Soldier and Muppets Most Wanted hitting at one and two.

Captain America, the latest from the Marvel Avengers (Avengers Assemble as it's called in the UK) universe of films, was by far and away the better grossing film taking £6 million. The film is a sequel to 2011's Captain America: The First Avenger which took £3 million on it's July debut.

Muppets Most Wanted is the follow up to 2012 The Muppets. That film took £2.6 million on it's debut, this one took a very similar £2.2 million.

New releases this week are:
Captain America: The Winter Soldier
Muppets Most Wanted
The Legend of Hercules
The Past
20 Feet From Stardom

Also worth a mention is that after 2 weeks off the top 15, Frozen has returned at number 15.

This time last year The Croods held onto the top spot holding off G.I. Joe: Retaliation which entered at two.

Five years ago Nicolas Cage starred in the number one films Knowing which also debuted there nocking Marley and Me to number two.

Ten years ago The Passion of Christ stayed at the top keeping Dawn of the Dead at bay debuting at number two.

Fifteen years ago The Rugrats Movie took the number one spot on it's debut knocking Waking Ned Devine down to three with Payback entering at two.

The Hobbit teaser poster whets the appetite for Comic-Con

The San Diego Comic-Con starts at the end of next week and runs over the weekend, one of the big films to be shown will The Hobbit. The film has just finished shooting, and to tease us all is this new poster featuring Gandolf.

Set in Hobbiton and showing a strolling Gandolf this is a great poster which will have fans knowing at the bit to see whatever new footage Peter Jackson will be showing at the event.

The new poster can be seen below

There have been many directors cuts of movies over the years, far too many to mention. One such movie is Star Trek: The Motion picture when it debuted on DVD, director Robert Wise was given the access and budget to improve the special effects and insert some extra scenes.

At the time of the DVD release of Star Trek V: The Undiscovered Country, director William Shatner, he who plays Kirk, wanted to give his Star Trek the same treatment, and maybe even give it a re-edit, he was refused permission.

Maybe it's because the 5th movie in the Star Trek series is considered a bit of a dud, maybe it's Shatner himself who knows, but Star Trek website TrekWeb.com is starting a petition to get this to happen.

If your interested, and I think all us Star Trek fans have a passing interest in knowing if director Shatner can make this a better movie, then head over to the site for more information.