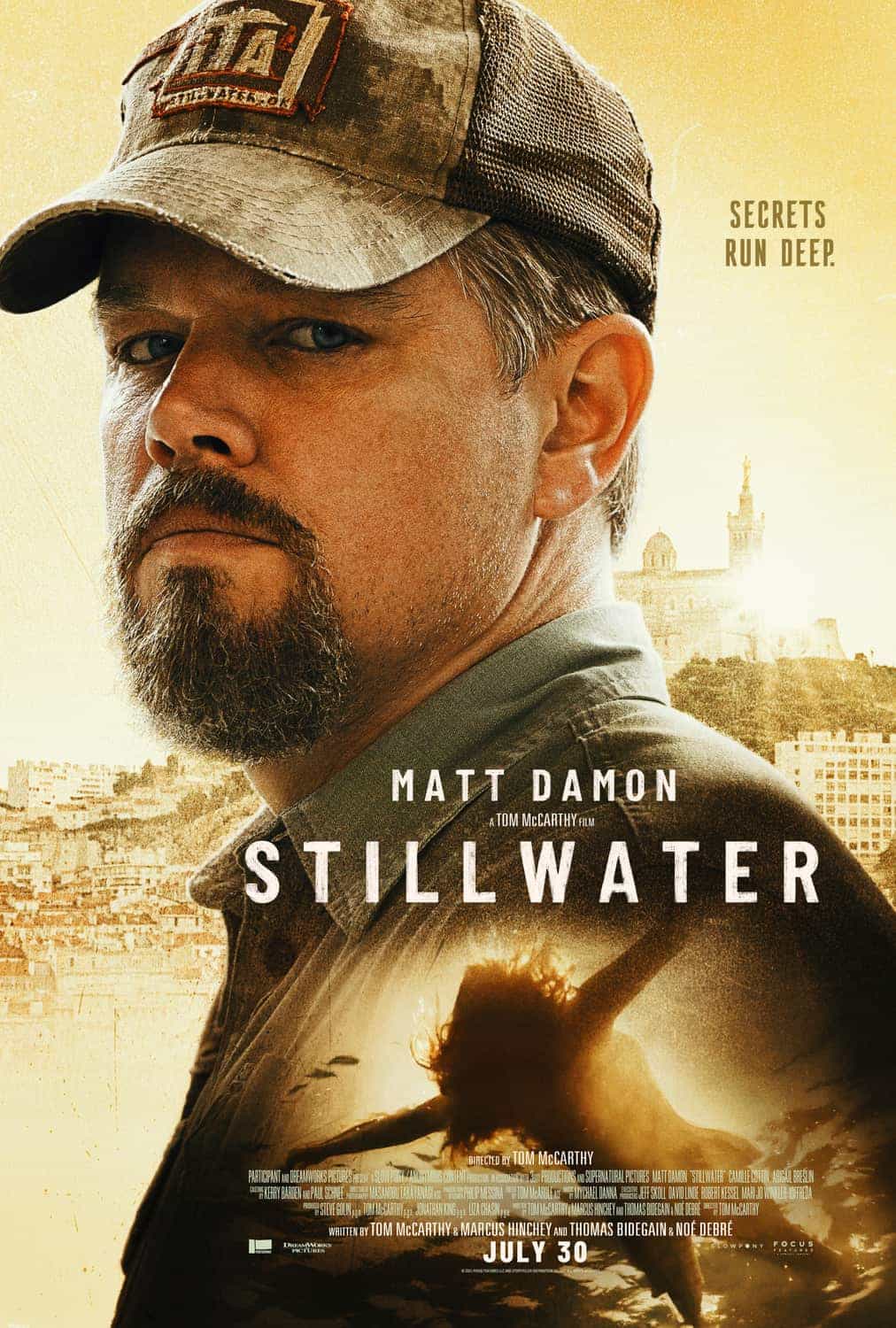 This weekend, Friday 15th October 2021, there are 6 new films released in the UK and where available looking to hit the box office chart, but can they challenge last weekends top movie, No Time to Die, for the number 1 spot?

Next week there are 5 new movies released

UK Box Office Figures 6th - 8th August 2021: The Suicide Squad retains it lead at the top of the UK box office for a second weekend

Disney's The Jungle Cruise holds tight at number 2 while the top new movie of the week is Stillwater starring Matt Damon which makes its debut at number 7 with £478,386.

Remaining at the top of the box office for a second weekend is the James Gunn directed take on the comic book bad guys which takes £2.26 Million, a slim 30% drop over last weekend.

This brings the movies total to £7.9 Million over its 2 weekends of release and taking it into the top 10 movies of 2021 at number 8.

A second weekend at number 2 for the Disney movie which takes £1.9 Million, a very slim 13% drop over last weekend, the school holidays clearly doing favours for this movie.

This takes the films total UK gross to £6.1 Million after 2 weekends and a number 9 position on the top movies of 2021.

The basketball toon movie starring LeBron James remains at 3 this weekend with £1.07 Million, 17% down on last weekend.

The animated sequel takes £867,255 this weekend, an almost non existent 3% down from last weekend, this gives the movie a total of £6 Million after 4 weeks of release and a number 10 position on the top movies of 2021 in the UK.

Finishing off the top 5 this weekend is the Disney/Marvel movie starring Scarlett Johansson which takes £539,999, 31% down from last weekend giving the movie £17 Million and a number 2 position on the top movies of 2021.

US Box Office Figures 6th - 8th August 2021: The Suicide Squad tops the box office on its debut with $26.5 Million

The James Gunn directed comic book action movie The Suicide Squad tops the US box office this week on its debut with a less than expected weekend gross.

Jungle Cruise fell to number 2 and with such a high profile new release there were no other new movies on the box office top 10 this weekend.

Director James Gunn jumps from the MCU to the DCEU to bring his interpretation of the comic book anti hero movie last brought to the screen by David Ayer in 2016.

The movie makes its debut a bit on the disappointing side even for the pandemic era with $26.5 Million on its debut.

Its unfair to compare to the 2016 version of the movie but that movie took $133.6 Million on its debut exactly 5 years ago.

Disney's latest romp on the jungle falls from its debut position at the top to number 2 this weekend with $16.6 Million, a 54% tumble from last weekend.

This gives the Dwayne Johnson starring movie a $65.3 Million total on its second weekend of release.

Staying at number 3 this weekend, and proving to be an audience draw is the M. Night Shyamalan directed movie which on its 3rd weekend brings in $4.14 Million, a slim 39% drop over last weeeknd.

This gives the movie a total US gross of $38.5 Million.

Remaining at number 4 this weekend is the Scarlett Johansson starring movie from the Marvel Cinematic Universe which takes $4 Million this weekend, a slom 38% drop over last week.

Another movie staying put this week is at number 5, the true life drama starring Matt Damon takes $2.8 Million on its second weekend of release, a 22% drop, for a $10 Million total US gross.

Disney release its latest movie, Jungle Cruise, which makes its debut at the top of the North American box office with little in the way of competition.

Beating all expectations indie movie The Green Knight makes its debut at number 2 while rounding out the top 5 is the new Matt Damon movie Stillwater.

Disney release their latest movie based on a ride which hits the top of the North American box office with $34.2 Million on its debut.

Pirates of the Caribbean but its a good start for the movie and its already the 16th top movie of 2021.

Starring Dev Patel and directed by David Lowery this historical drama about the nephew of King Arthur makes a surprise new entry at number 2 this week.

Falling to number 3 from its debut position at the top of the box office is the M. Night Shyamalan directed movie which takes $6.7 Million on its second weekend, a quite large 60% drop.

This takes the movie total US gross to $30.6 Million after its 2 weeks on the chart.

In truth it had a tough fight with the new number 2 movie The Green Knight and only missed out on the number 2 position by a few thousand dollars.

The Marvel movie falls to number 4 this weekend with $6.4 Million, a decent 45% drop, giving the movie a $167 Million total after 4 weeks.

Finally in the top 5 a new entry for Matt Damon as his new movies makes its debut at 5 with $5.12 Million.