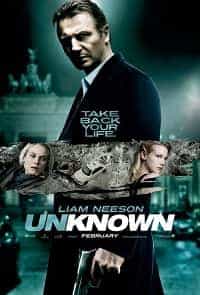 This weekend at the global box office Spider-Man: No Way Home spent its 7th weekend at the top as its total global gross gets closer to the $2 Billion mark.

The highest new movie of the week was the sequel Chinese film The Pirates: The Last Royal Treasure which landed at 9 with $3 Million on its debut.

Seven weeks in now for the multiverse Spider-Man movie as it starts to challenge the global box office to be the top grossing movie of all time, an honour currently held by Avatar which has taken $2.8 Billion since its release in 2009.

The movie has still to be released in China which is currently still unset and its unknown if a release will happen.

This weekend the movie takes another $32.1 Million from 64 countries which pushes the movies total to $1.7 Million, so it still has a long way to go before it even goes over the $2 Billion mark, but it is achievable.

Its quite an achievement that the movie still only has a 23% drop over last weekend, meaning that people are most likely seeing the film multiple times.

The movie is naturally the top movie of 2022 and its gross is getting to the point where it may be hard to beat with $370.9 Million taken this year.

The animated sequel is proving to be a massive hit just like its prequel Sing from 2017 as the movie takes $22,2 Million in second place where it jumped back to this week, this is an amazing 17% increase over last weekend and the movie is released in 63 countries.

The movie is edging towards the $300 Million mark as this weeks its total gross hits $267.9 Million after 6 weeks of release.

This places the movie as the second top film of 2022 globally.

The horror movie sequel falls to number 3 this week as it starts its decent down the box office with a weekend gross of $13.8 Million from 56 countries, a 39% drop over last weekend, giving the movie a total gross of $106.2 Million after 3 weeks.

Director Guillermo del Toro latest movie jumps up the box office to number 6 this weekend with $6.6 Million from 42 countries, a 26% increase over last weekend, giving the movie a $22,9 Million total after 2 weeks.

Six week of release now for the prequel movie as it falls to number 5 this weekend with $5.9 Million from 47 countries, a 25% drop, giving the film a total global gross of $114.4 Million.

Warner Bros. have released the first trailer for the third movie in the Fantastic Beasts series, The Secrets of Dumbledore.

You are invited back to the magic. Fantastic Beasts: The Secrets of Dumbledore is in theaters April 15, 2022. #SecretsOfDumbledore pic.twitter.com/wdyd25MJ74

It looks like were going back to Hogwarts, the school for wizards features quite heavily in the new trailer.

Also featuring quite heavily is the usual cast of Eddie Redmayne, Jude Law and Katherine Waterston to name a few.

Mads Mikkelsen is taking over the role of Gellert Grindelwald from Johnny Depp in this movie, and although we get to see him briefly in the trailer, we still left hanging.

Story and scope of the movie are still unknown but after the cliffhanger of Fantastic Beasts: The Crimes of Grindelwald there are plenty of loose ends to at least start tying up.

Fantastic Beasts: The Secrets of Dumbledore is directed once again by David Yates and will be released in April 15th 2022, COVID restriction allowing.

The Conjuring: The Devil Made Me Do It is given a 15 age rating in the UK for strong threat, horror, violence

The long running Conjuring series which has spawned many same universe movies reaches the third in the main series, The Conjuring: The Devil Made Me Do It.

The movies are based on the working of Paranormal investigators Ed and Lorraine Warren who became media stars in America.

The movie stars among other Vera Farmiga, Patrick Wilson and Ruairi O'Connor.

A chilling story of terror, murder and unknown evil that shocked even experienced real-life paranormal investigators Ed and Lorraine Warren.

The fight for the soul of a young boy takes them beyond anything they'd ever seen before.

Coming 2 America is given a 12 age rating in the UK for moderate sex references, violence, drug misuse, language, discrimination

Getting an Amazon Prime release sequel movie Coming 2 America is given a 12 rating in the UK by the BBFC.

The sequel to 1988's Coming To America was originally scheduled for a December 2020 release in theatres by Paramount but due to the global pandemic was delayed.

The movie was purchased by Amazon and is skipping the still closed cinemas all together and going direct to Amazon Prime streaming.

The movie stars Eddie Murphy and John Amos and follows the 2 back to America as they go in search of Prince Akeem's unknown son.