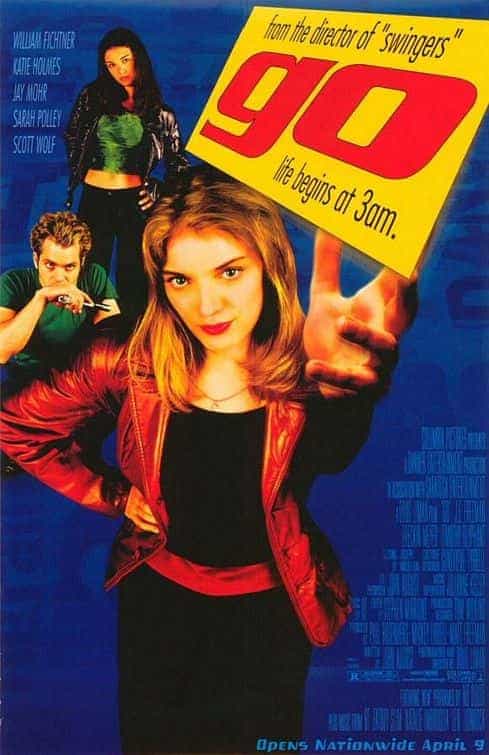 The latest in the long running Dinosaur series Jurassic World Dominion hits the top of the US box office on its first weekend of release.

Since the original Jurassic park movie in 1993 the Jurassic movies have pulled in the audiences, and this summer we get the conclusion to the 6 movie saga which makes its debut this weekend at number 1 on the US box office.

The movie takes an amazing $143.3 Million over its opening weekend, including previews, which is second in 2022 only to Doctor Strange In the Multiverse of Madness.

There is a good road ahead for the move, we can expect maybe a 60% drop next weekend but it is already the 7th top movie of 2022 and you can expect it to go top 3 by the end of the year.

Another small drop for the Top Gun sequel of 44% as the movie falls from the number 1 spot after 2 weeks with a weekend take of $50 Million.

This gives the movie a total US gross of an incredible $393.3 Million making it the second top movie of 2022 in North America.

The MCU sequel movie drops to number 3 this weekend with $4.8 Million, a 47% drop over last weekend on its 6th week on the chart.

This gives the movie a total US gross of $397.8 Million as it clings onto the top spot of 2022, but by next weekend we could have either the Dinosaur movie or the plane movie take over.

The animated movie falls to number 4 this weekend with $2.3 Million on its 3rd weekend, a 50% drop giving the movie a total US gross of $27 Million.

Finally on the top 5 is the animated smash hit movie which falls to number 5 with $2.2 Million after 8 weeks, a small 33% drop, which gives the movie a total gross of $91 Million.

Minions: The Rise of Gru is given a U age rating in the UK for mild comic violence, very mild scary scenes, rude humour, language

Sequel movie Minions: The Rise of Gru has been given a U age rating in the UK for mild comic violence, very mild scary scenes, rude humour, language.

The movie stars the voise of Steve Carell as the evil henchman Gru as he has done in the Despicable Me movies, it also stars the voice talent of Pierre Coffin as the Minions.

The movie is directed by Kyle Balda, Brad Ableson, Jonathan del Val who have all worked on Despicable Me and Minions movies in the past.

In the 1970s, young Gru tries to join a group of supervillains called the Vicious 6 after they oust their leader -- the legendary fighter Wild Knuckles. When the interview turns disastrous, Gru and his Minions go on the run with the Vicious 6 hot on their tails. Luckily, he finds an unlikely source for guidance -- Wild Knuckles himself -- and soon discovers that even bad guys need a little help from their friends.

Tom Cruise releases his long awaited sequel to one of his earliest movies, and his forst major motion picture and so Top Gun Maverick hits the top of the global box office.

The movie version of the animated TV series The Bobs Burgers Movie also makes its debut this week at number 4.

The original Top Gun was released 36 years ago and was the first major hit for its star Tom Cruise who at the time had only made a handful of smaller movies.

The sequel gets a release in a massive 63 countries and takes $248 Million globally on its debut.

It makes the movie instantly the 10th top movie of 2022 worldwide.

The movie has takes a total of $868.6 Million after 4 weeks of release.

The Korean movie is released in 5 countries and this week falls to number 3 after making its debut at 2 last week with $39.3 Million over this weekend.

Like the The Simpsons did in 2007 the television animated show Bob's Burgers makes its big screen debut this weekend at number 4 with a weekend gross of $13.3 Million from 9 countries.

The animated hit movie falls to number 5 this weekend after 11 weeks on the global box office it takes $10.4 Million from 71 countries.

Global Box Office Figures 20th - 22nd May 2022: Doctor Strange 2 spends a third weekend at the top with The Roundup entering at number 2

Doctor Strange In the Multiverse of Madness spends a third weekend at the top of the global box office ahead of a huge weekend that will surely see it dethroned with 2 massive new releases hitting multiplexes.

Highest new entry of the weekend is the Korean action movie The Roundup which makes its debut at number 2.

Three weeks at the top now for the Marvel sequel as the movie's global gross over the $800 Million mark on its way to a potential $1 Billion.

This weekend the movie took $71.6 Million from 50 countries which is a drop of 50% on its third weekend of release.

As mentioned there is a stong chance the movie could go over the $1 Billion mark in the coming weeks and the be first 2022 release to manage the milestone.

The movie is the top grossing film of 2022 this weekend taking over from The Batman.

Directed by Lee Sang-yong and starring Ma Dong-seok, this is a Korean action movie which has been released in 2 territories this weekend and still managed to enter the global box office at number 2.

The movie takes $23.7 Million on its debut weekend.

The British high society drama gets its North American debut this week and goes back up the global box office to number 3 with a gross of $19.5 Million, a massive 82% increase, from 54 countries.

This gives the sequel movie a total global gross of $51.7 Million after 4 weeks of release.

The animated hit from the DreamWorks animated studio takes $12,7 Million over its 10th weekend of release from 69 countries.

The movie falls to 4th place this weekend and has now taken $182 Million globally at the box office.

The video game movie adaptation falls to number 5 this weekend with $8.5 Million from 62 countries, a 13% drop, giving the movie a total global gross of $375 Million.

UK Box Office Figures 22nd - 24th April 2022: Sonic 2 goes back to the top of the UK box office on its 4th weekend of release while Massive Tallent is new at 7

This weeks new releases didn't make too much of an impact on the UK box office as Sonic the Hedgehog 2 goes back to the top as Fantastic Beasts: The Secrets of Dumbledore doesn't perform as well as expected.

Highest new movie of the weekend is the Nicholas Cage parody movie The Unbearable Weight of Massive Talent which can only manage an entry at 7 with £516,697 while FirebirdHappening is at 14 with £27,702 and finally Jersey enters at 15 with £23,830.

This weekends new releases and the bad performance of Fantastic Beasts: The Secrets of Dumbledore has given the video game adaptation a chance to go back to the top of the box office and a couple of weeks at number 2 and 3.

The movie took £1.6 Million over the weekend to go back to the top, only a 20% drop over last weekend, which gives it a total gross of £20.2 Million over 4 weeks of release.

It is performing better than Sonic the Hedgehog which at this stage in its run has taken £18 Million, and the movie is the 5th top film of 2022.

Fantastic Beasts: The Secrets of Dumbledore

The third movie in the Fantastic Beasts series is not performing as well as expected and this weekend remains at number 2 with £1.6 Million, a 40% drop over last weekend.

The movie has taken £16.4 Million in the UK which is well below the previous 2 movies, it is currently the 6th top movie of 2022 in the UK.

Falling to number 3 after a single week at the top where it debuted last weekend the action comedy from directors Adam and Aaron Nee takes £1.3 Million this week, a 50% drop, for a total of £5.6 Million.

Director John Madden's war drama jumps up to number 4 this weekend from its debut of 5 last weekend with £758,698, a small 15% drop, giving the film a £2.6 Million total after 2 weeks of release.