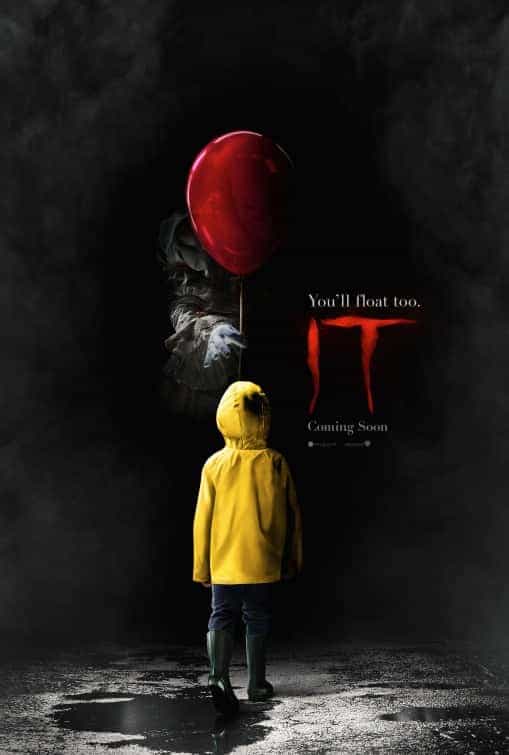 Other movies in this series
IT
IT Chapter Two
Certificates

This weekend, Friday 12th August 2022, there are 3 new films released in the UK and where available looking to hit the box office chart, but can they challenge last weekends top movie, Bullet Train, for the number 1 spot?

Next week there are 4 new movies released

The Invitation is given a 15 age rating in the UK for strong horror, violence, bloody images

Horror/Slasher movie The Invitation has been given a 15 age rating in the UK for strong horror, violence, bloody images.

The movie stars Nathalie Emmanuel who can be seen in the Fast series movie Fast & Furious 9, it also stars Thomas Doherty who was last seen in the 2018 movie Free Dance.

The movie is directed by Jessica M. Thompson who previously directed The Light of the Moon in 2017.

After the death of her mother and having no other known relatives, Evie takes a DNA test and discovers a long-lost cousin she never knew she had. Invited by her newfound family to a lavish wedding in the English countryside, Evie's at first seduced by the sexy aristocratic host. However, she's soon thrust into a nightmare of survival as she uncovers twisted secrets about her family history and the unsettling intentions behind their sinful generosity.

US Box Office Figures 5th - 7th August 2022: Bullet Train makes its debut at the top of the US box office with $30 Million

Also new this weekend is Easter Sunday which makes its debut at number 8 with $5.4 Million and on limited release Bodies Bodies Bodies is new at number 15 with $226,653, from 2 cinemas.

Starring Brad Pitt and Aaron Taylor-Johnson, based in Japan on the famous Bullet Train this action comedy enters the North American box office at number 1.

A debut gross of $30 Million makes it a reasonable hit, but the lack of any competition in the marketplace has helped it have a good debut.

The director is David Leitch who last movie was Fast & Furious Presents Hobbs and Shaw which grossed $60 Million in its debut.

After making its debut at the top of the North American box office last weekend the animated pet movie falls to number 2 this weekend.

A gross of $11 Million is 52% lower than last weekend and takes the movies total gross to $44.9 Million after 2 weeks.

Jordan Peele's latest movie falls to number 3 this weekend with a gross of $8.5 Million on its 3rd weekend of release, a 54% drop over last weekend.

This gives the movie a total US gross of $97.6 Million

Number 4 in the Thor series of movies falls to number 4 this weekend with $7.7 Million.

Finally on the top 5 is the animated sequel to Minions which takes $7.1 Million on its 6th weekend of release, a 35% drop.

Laal Singh Chaddha is given a 12A age rating in the UK for moderate violence, domestic abuse, bloody images, suicide references

Laal Singh Chaddha, a Hindi language remake of the US smash hit Oscar winner Forrest Gump is given a 12A age rating in the UK for moderate violence, domestic abuse, bloody images, suicide references

The movie stars Aamir Khan who was last seen in Thugs of Hindostan and Secret Superstar and Kareena Kapoor who starred in Good Newwz in 2019.

The movie is directed by Advait Chandan for which this is his second major feature film after directing Secret Superstar.

Events in India's history unfold through the perspective of Laal Singh Chaddha, a dim-witted man who has a great understanding of emotions.

Taking over at the top of the UK box office this weekend is the action comedy movie Bullet Train, set on, as the name suggest, the famous Bullet Train in Japan.

Also new this weekend is the event movie Westlife: Live From Wembley Stadium which makes its debut at number 8 with £468,214 and Sita Ramam which is new at 14 with £35,403.

Top Gun Maverick spends its firs weekend outside the top 5 this week, but the movie which has been on the chart for 11 weeks takes £609,409 for a total of £77.5 Million.

Hitting the top on its debut weekend is the new action comedy from director David Leitch which stars Brad Pitt and Aaron Taylor-Johnson.

Taking a debut weekend gross of £2.8 Million, opening on Thursday, it easily hits the number one spot.

In comparison it it is far lower than the directors previous movie, Fast & Furious Presents Hobbs and Shaw which opened to over £6 Million but its in the same ball park as Brad Pitt's last movie Ad Astra.

After making its debut at the top of the UK box office last weekend the DC Universe based animated feature drop to number 2 on its second weekend of release.

Falling to number 3 this weekend is the animated sequel from the Despicable Me universe which takes £1.1 Million, a 45% drop.

In comparison the the first Minions movie at 6 weeks in its run this is lower than the £40 Million that film made in 2015.

The fourquel movie in the Thor series of MCU movies falls to number 4 this weekend with £938,257, a 51% drop over its gross last weekend.

The movie is tracking just ahead of Thor: Ragnarok which had taken £29 Million 5 weeks into its run.

Director Baz Luhrmann bio-pic to the King of Rock and Roll has been consistently on the top 5 now for 7 weeks and takes £737,844 this weekend, a 33% drop over last weekend.

This gives the movie a total gross of £22.6 Million in the UK and is the directors highest grossing movie.